AMD’s upcoming Fury release next week has been much anticipated – the incredible level of global coverage so far gives a firm indication that this is indeed one of the most anticipated hardware launches of 2015. Many enthusiast gamers are hoping that AMD will become competitive again in the high end against Nvidia, and based on leaked results so far, it would appear this is going to be the case. KitGuru will however not be in a position to handle a launch review for our readership. I try to avoid the complex and frustrating politics which are heavily engrained within this industry, but sadly it is not always possible. 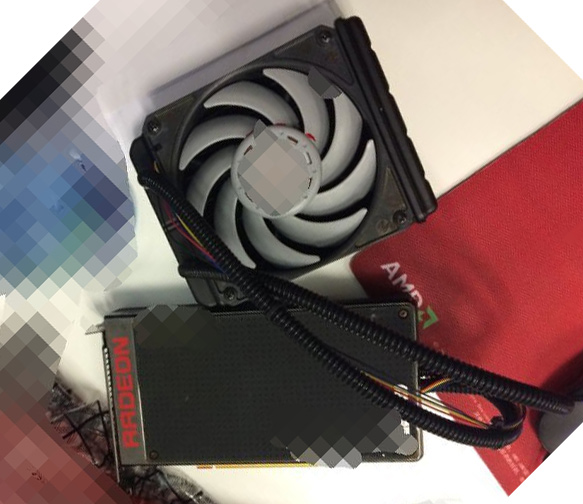 On the 11th June AMD informed us via email that the upcoming FIJI hardware was reserved for KitGuru, as would normally be the case. We subsequently set a plan in motion to analyse the hardware for launch and were awaiting the arrival of the sample. Earlier this week I had a call from Christine Brown, Senior Manager, EMEA Communications at AMD to let me know that the company had withdrawn their sample from KitGuru labs and that we would now not be involved at all in the launch next week.

Christine Browne informed me directly on the phone that the reason for withdrawing the sample was based on ‘KitGuru’s negative stance towards AMD’. She said that with limited product they wanted to focus on giving the samples to publications that are ‘more positive’ about AMD as a brand, and company. I was not informed during this call of anything we have published that was factually incorrect, we were also not told to edit or remove any content we had published. Based on what AMD had seen via KitGuru editorial in recent weeks it was felt that overall coverage was just too negative.

I did stress the point that KitGuru’s news coverage of their ‘updated’ 300 product range would in no way alter my ability to accurately analyse their hardware – after all I have been doing it for 13 years now. We approach all hardware reviews from a strictly neutral stance, and then work towards a conclusion, after many days of detailed analysis.

Due to their decision, KitGuru will be unable to deliver unbiased and detailed coverage of AMD’s FIJI part to millions of readers on launch day. I will continue to try and work with AMD if I can, however I simply cannot let any company or corporation try and dictate or change our independent ability to cover news, or to share our opinions – even if this means losing product support for big hardware launches such as this.

If we become unable to share our genuine views and opinions out of fear of a company withdrawing product samples then I see no point in being here at all. KitGuru has always had an primary focus to our enthusiast readership and our goal is to deliver accurate and genuine buying advice.

On a brighter note, we currently still have the full support of AMD partners and will aim to deliver content on the new hardware, as soon as possible.

Previous Chief exec of Nokia re-affirms: Nokia will develop smartphones again
Next No Man’s Sky will get philosophical when you die