An independent survey shows AMD processors have increased in popularity by 50% over the last two years. The most recent survey by the European Hardware Association (EHA) included a full set of responses to a broad range of questions from more than 10,000 respondents. They expressed a distinct preference when asked about the next desktop processor that they would buy, with over 60% choosing AMD.

“The last three years has seen AMD gain a lot of momentum in the enthusiast segment,” said EHA chairman Koen Crijns. “With the Ryzen series of CPUs, AMD has eliminated any lingering performance gaps, while offering a great price/performance ratio”.

“The surge in preference from 50% to 60% over recent months, can be explained by the launch of AMD’s latest 3rd generation Ryzen desktop CPU”, said Crijns. “Ryzen 3000 not only offers better performance under multi-threaded workloads, but also under lightly-threaded applications like PC games”. 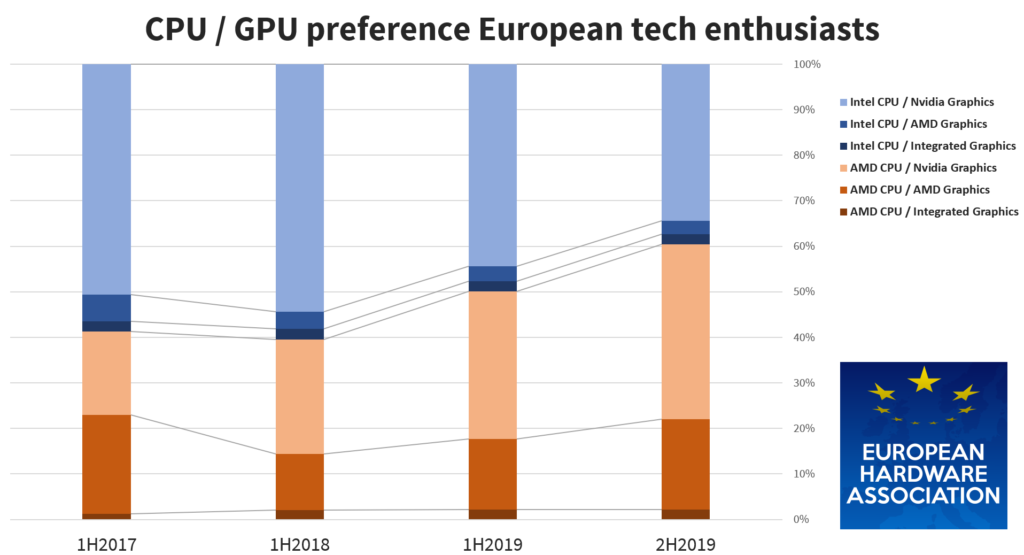 The story for AMD graphics processing units (GPUs) is also positive – albeit to a much lesser extent.

“While Nvidia is still the dominant force in this segment and 72.8% of the technology enthusiasts, early adopters and influencers who read EHA publications would choose GeForce, the launch of AMD’s aggressively priced Radeon RX 5700 and 5700 XT products has made an impact”, explained Crijns. “Back in May, less than 19% of our readers were choosing AMD graphics. Today that number is closer to 23%”.

“Our most recent survey shows that people who prefer AMD GPUs almost exclusively combine them with AMD CPUs”, said Crijns. “The combination of Intel CPU with AMD GPU only accounts for 2.9% of the results”.

KitGuru says: What components are you buying next? Let us know in the comments! 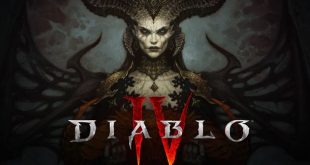