Networked storage maker Synology has today announced the beginning of a World Cup themed competition on its Twitter, giving fans the chance to win one of five Hauppage picoStick Golds, just by tweeting a World Cup themed picture with their NAS in it.

It can be as simple as you sending over a picture of you stood by your Synology NAS wearing your country’s kit, or snap a shot the next time your team is playing; just make sure your NAS is still in frame and you’ll make it into prize draw. Synology will be picking its favourites though, not just randomly choosing winners, so you may need to get creative to really stand out. 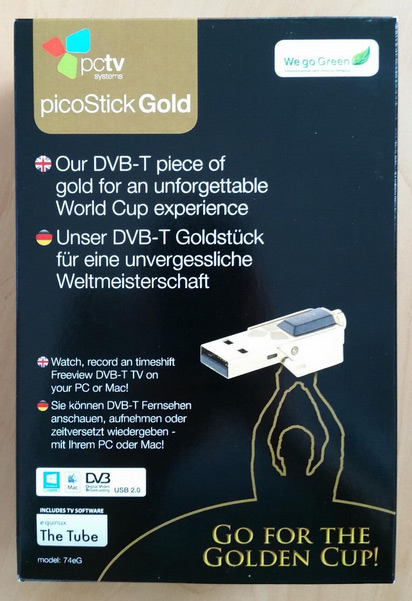 The prizes are five picoStick TV tuners, giving your PC access to full TV through a small USB device (one of the tiniest in the world). It’s very low power and doesn’t block other USB ports and even comes with a small extending aerial for a boosted signal.

So to be in with a chance of winning, make sure you send your pictures through to @SynologyUK, perhaps with a couple of funny hashtags to really grab its attention. The competition will run from now right through until the end of the World Cup.

KitGuru Says: Synology will also be posting updates and news about the competition on its Twitter, so follow it or keep one eye on its feed for the latest news.