Earlier this month, we announced that we were teaming up with VIBOX to give away one of their Element Blue AMD-powered gaming rigs to one lucky KitGuru reader. After receiving thousands of entries and scrolling through all of your pictures, we have finally decided on a winner!

The system itself is powered by a six-core AMD FX-6300 processor, which has been overclocked to 4.4GHz and paired up with an all-in-one liquid cooler. This is backed up by 8GB of RAM, an MSI R9 380, a 120GB SSD boot drive and a 1TB HDD for storage. You can see our review of the system over HERE.

The winner of this system is: Diane Jinks, who has been running an old Dell system for years: 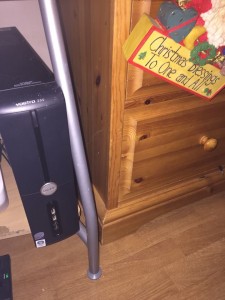 KitGuru Says: Thanks to the thousands of you who entered. Stay tuned for more competitions in the future!