Over at MESH Computers, the engineering team have been working overtime to get more and more technology into smaller and smaller spaces. We’re told that there will be plenty of these being launched throughout 2014, but – for now – you have the chance to win one of these cool looking systems – a MESH Matrix Mini A6.

While AMD’s A6-6400K processor has been designed for low power environments, it still chugs along at 3.9GHz before overclocking. Left to its own devices, it will give you a Turbo Boost to 4.1GHz, but you can get more if you’re prepared to get down and dirty with the BIOS on the MSI FM2-A75IA-E53 mainboard that MESH uses inside this prize PC.

With one eye on graphics performance, the MESH Matrix Mini A6 includes 8GB of 1,866MHz DDR3.

The prize package is completed with a 1TB hard drive and Microsoft Windows 8.1 – including DVD and licence.

At the time of writing, this machine was on sale for £399, but you have the chance to win one – simply by entering MESH’s latest competition over here. 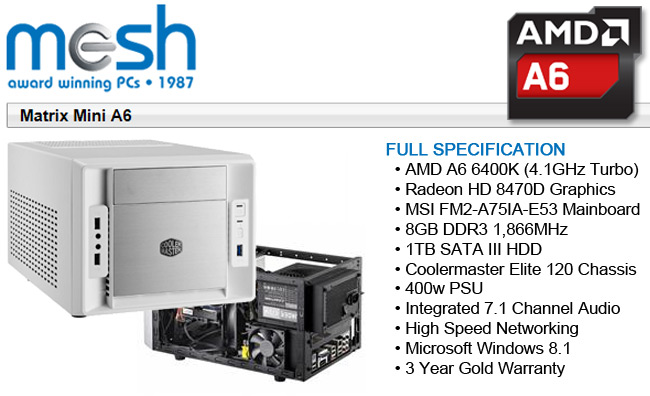 .
KitGuru says: Neat little system which can be yours for an email if you like KitGuru and MESH.

Comments are closed for this competition, we advise you to head over to Facebook and vote. 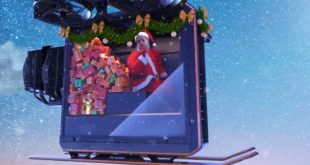 be quiet! celebrates the holiday season with a huge PC hardware giveaway

We like to run a lot of our own competitions here at KitGuru but sometimes, …