With Computex 2018 now officially over, our man Leo was at the closing press conference to gather any final nuggets of information. As usual, TAITRA – the organising body behind Computex 2018 – had plenty of facts and figures to share.

Foremost among these is the fact that, as of 12PM June 9th, Computex 2018 hosted 42,284 international visitors, from a grand total of 168 countries which just goes to show the reach this trade show has. Perhaps unsurprisingly, the most visitors came from the United States, with Japan, China and Hong Kong close behind. 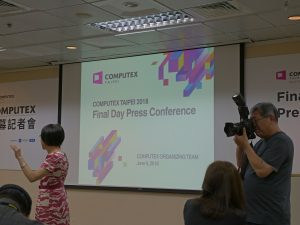 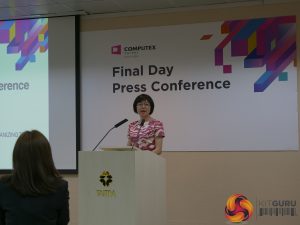 A lot of the focus has already switched to Computex 2019, and the news was announced that a second site will be opening in Nangang. This means Computex 2019  will use both Nangang 1 and Nangang 2, along with TWTC (Taiwan World Trade Centre) 1.

While TAITRA claims Nangang 2 will add another 1700 booths, it is worth mentioning that a ‘booth' is a unit of area, so 1 booth does not equal 1 exhibitor. ASUS, for instance, occupied 100 booths at Computex 2018, which equals two large areas on the show floor. 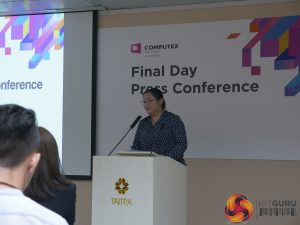 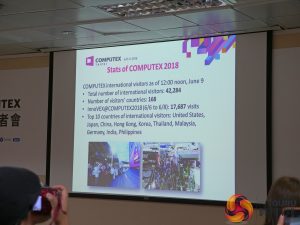 However, with Nangang 1 currently holding 2000 booths, and Nangang 2 set to add another 1700, however you slice it – it looks like Computex 2019 will be bigger than ever.

KitGuru says: Computex 2018 has proved to be another successful show, and we hope you have enjoyed our coverage of the event. We will certainly be back for Computex 2019.