If you saw Leo's recent video where he builds a mega £10,000 dual system rig, you will have noticed plenty of Alphacool gear. Naturally, Leo jumped at the chance to take a look some new liquid cooling hardware from the German company, including an all new lineup of radiators. 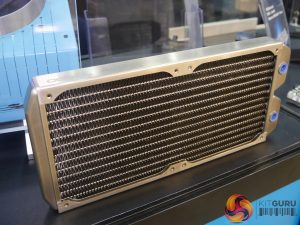 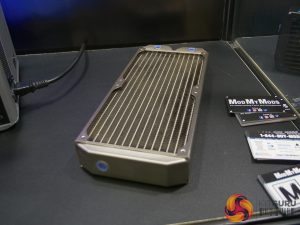 The new radiator range is dubbed NexXxoS Silver Nickel Radiator, and that tells you the most significant thing about these radiators – they are regular copper radiators from Alphacool, but the fins are nickel plated and the side panels are made of stainless steel. You may think this could raise the issue of mixing metals – a cardinal sin in a liquid cooling loop – but Alphacool is keen emphasise the fact that the liquid will only be touching copper, so there is no problem there. So far, the new Silver Nickel range is available in 240, 280 and 360mm lengths, with 30 or 45mm thicknesses. 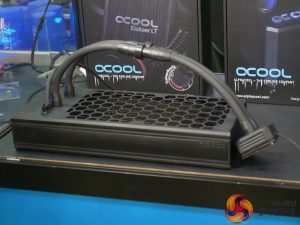 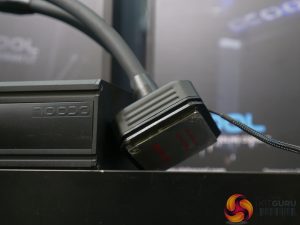 We were also able to gets hands on with the new Eisbaer Extreme AIO. We saw this back at CES 2018, and it is essentially a hefty AIO liquid cooler that positions the pump in the radiator housing, rather than on the CPU block as is standard. This allows Alphacool to use a standard XPX block for the CPU, while cosmetically the quick-disconnect fittings are now black rather than blue which will complement a wider range of PC builds. Lastly, the tubing for the Eisbaer Elite no longer has visible anti-kink rings on the exterior, which again makes it look that bit better than previous models. 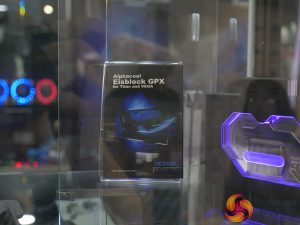 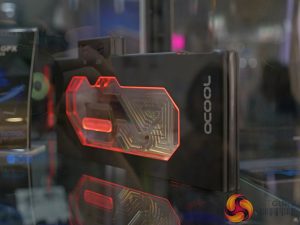 Circling back to Leo's epic £10,000 build, if you give that video a watch you will notice Leo is using some pretty cool-looking GPU blocks. These are the new Eiswolf GPX Pro blocks, now available for Vega and GTX series graphics cards. These again have a bit more emphasis on the visual side of things, with both a clean and stealthy aesthetic that is likely to appeal to the DIY watercooling crowd. 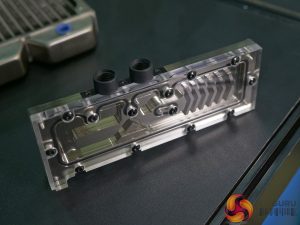 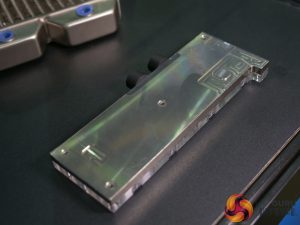 Lastly, on the off-chance you have a new Intel Optane SSD900P, Alphacool was also showing off its plexi waterblock for those SSDs, dubbed Alphacool HDX. Given how the fastest SSDs are prone to thermal throttling, if you have spent a lot of cash on your SSD you will likely want to remedy that, and watercooling it with the HDX seems like a good solution, though of course we are yet to test that for ourselves.

KitGuru says: Alphacool always has plenty of new liquid cooling gear to show off at Computex, and this year was no different. Don't forget to watch Leo's mega PC build for a full look at the new GPX Pro blocks and more.