Microsoft is pushing ahead with its Mixed Reality technology, announcing its ultra-expensive, AI-powered, untethered HoloLens 2 headset at Mobile World Congress. The reveal comes at an inconvenient time for the tech giant, as Microsoft employees continue to voice their concerns over a $480 million military contract.

Microsoft has had a rough time since the release of its first-generation HoloLens back in 2016, targeting niche enterprises with a hefty price tag and fighting off patent infringement lawsuits that have hindered further development of the technology. Now, it seems as though the company is ready for a sequel, sidestepping from the gaming market in an attempt to bring augmented reality (AR) to more realistic scenarios.

The HoloLens 2 targets professionals such as the kind folks at Gaunt Francis Architects that once told us of the benefits virtual reality headsets can have in business, as well as surgeons and eventually the general consumer. With a triple-digit price tag, the latter isn’t likely to arrive any time soon, but Microsoft has expressed a willingness to push the everyday use of AR such as receiving directions from a heads-up display (HUD) or instructions on how to build something. 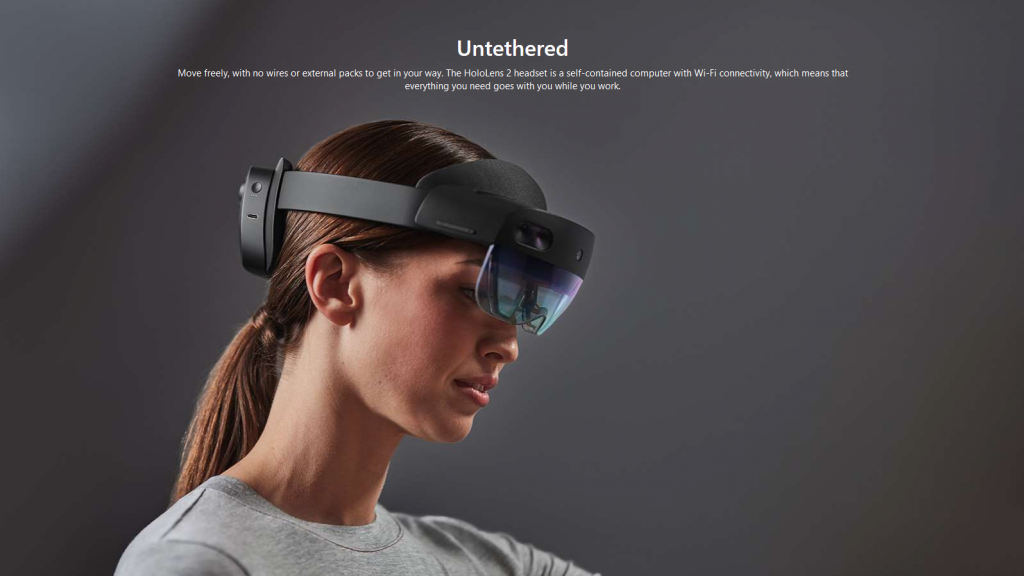 Under the hood, the HoloLens 2 will pack Qualcomm’s Snapdragon 850, which has long been rumoured to appear in the device. This is paired with a second-gen holographic processing unit, custom built by Microsoft. Sadly, battery life is limited to 3 hours given that the HoloLens 2 pushes 2K 3:2 light engines in each eye, Wi-Fi, Bluetooth 5.0, an 8MP camera that records at 1080p 30 frames per second and eye, hand and 6DoF environment tracking.

Unfortunately, the announcement has come at an inopportune time for Microsoft, as employees are still disgruntled with a $480 million contract with the United States military that intends to ship 100,000 custom HoloLens headsets. In an open letter to the company, the coalition of staff demand Microsoft cancels the contract, ceases development and appoints an independent external ethics review board to oversee things moving forward.

On behalf of workers at Microsoft, we're releasing an open letter to Brad Smith and Satya Nadella, demanding for the cancelation of the IVAS contract with a call for stricter ethical guidelines.
If you're a Microsoft employee you can sign at: https://t.co/958AhvIHO5 pic.twitter.com/uUZ5P4FJ7X

The contract itself outlines that the objective is supposedly to “rapidly develop, test, and manufacture a single platform that Soldiers can use to Fight, Rehearse, and Train that provides increased lethality, mobility, and situational awareness necessary to achieve overmatch against our current and future adversaries.” The workers explain that they “did not sign up to develop weapons,” and that they “demand a say” in how their own worn is used.

“We made a principled decision that we're not going to withhold technology from institutions that we have elected in democracies to protect the freedoms we enjoy,” Microsoft CEO Satya Nadella said to CNN Business in defence of the decision.

Currently, the HoloLenss 2 is available for pre-order as an individual device or with Dynamics 365 Remote Assist starting at $3,500.

KitGuru Says: Microsoft’s promises surrounding the HoloLens 2 are certainly interesting, but until they are a reality the price is difficult to justify. It doesn’t quite undercut competition from Magic Leap and is actually more expensive than the original, which cost $3,000 upon release. What do you think of the HoloLens 2?

Previous Anakin still doesn’t like sand in Star Wars: Battlefront II
Next Getting to the bottom of smartphone addiction