HTC launched its Vive Pro full kit earlier this year with an eye-watering price of £1,299 here in the UK. While we respect cutting edge technology here at KitGuru, justifying the cost seemed almost impossible with current state of the virtual reality market.  We were quickly informed by Gaunt Francis Architects of the technology’s vast applications in the professional scene, particularly for companies wanting to “remain at the forefront of innovation.”

Established over 20 years ago, Gaunt Francis Architects has embraced virtual reality throughout the technology’s commercial debut, recognising its potential for the “rapid development of 3D building modelling” as something beyond science fiction. Marketing Executive Hannah Martin thanks gamers in particular for the increased popularity that drove software and hardware development to the point of true interaction and immersion.

In turn, this has given Gaunt Francis Architects a new way of creation, allowing employees to “experience spaces they are designing as they would be experienced by the end users, as well as being able to make changes and test ideas in near real time.” Martin explains that this goes beyond traditional software currently found on desktops, presenting ways to “walk through it, fly like a drone or even change the time of day.” 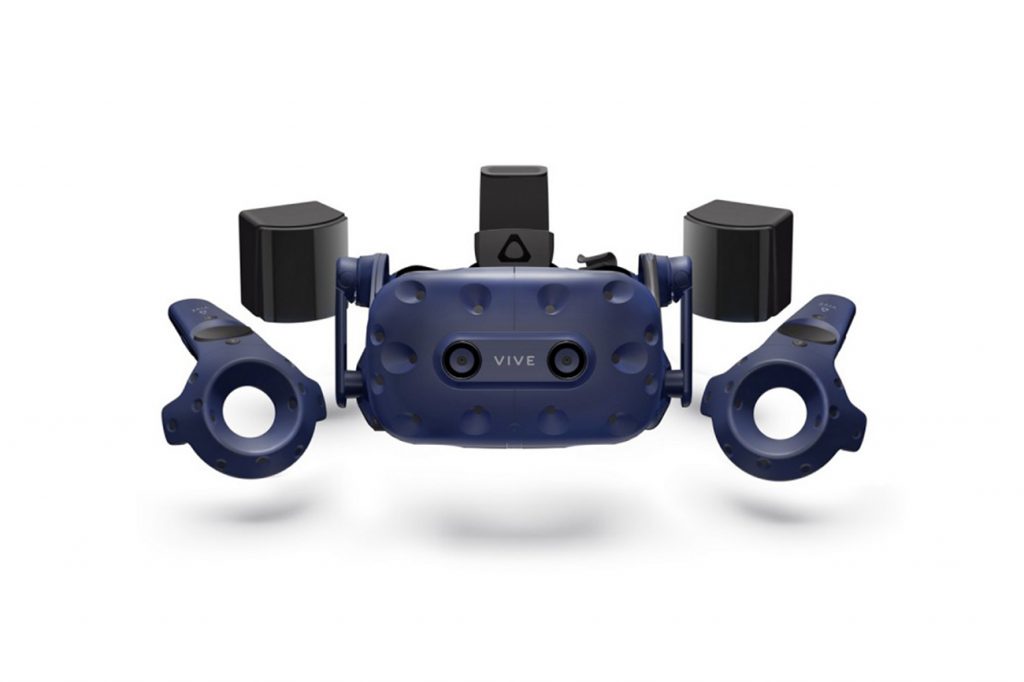 Aside from being able to make and experience design changes on-the-fly, it also presents a new way of communicating with clients and other collaborators, something which has posed something of a problem in the past. It’s next to impossible to misinterpret a design when it can be seen in a 3D space, placing the end user “on a level playing field with the profession team.”

With access to both the Oculus Rift and original HTC Vive, along with a range of 3D rendering software, IT Manager Simon Dodd explains that Gaunt Francis Architects received “overwhelmingly positive” feedback towards the company’s VR efforts. Keeping an eye on the market, the firm decided to pursue investment in HTC’s latest Vive Pro. While consumers might scoff at the price for gaming, Dodd explains that it was “worth the wait” in the professional scene.

“My verdict as both a company IT Manager, and a gamer, is pretty straight forward; if you are a casual user and already own an HTC Vive, you probably don’t need to change, however, if you are a professional user or are yet to own a VR headset, save up your pennies a bit longer and get yourself the HTC Vive Pro, you won’t regret it,” explains Dodd.

“I was impressed with the experience of the original two headsets, however the resolution was certainly in need of improvement. In a field where accurate representation is everything, the almost 80% resolution improvement with the HTC Vive Pro was definitely worth the wait; not to mention the improved comfort (particularly for glasses wearers) and build quality.

“The increased clarity was immediately noticeable, as was the comfort of the VR experience. We are seeing architects immersing themselves in their designs for sometimes an hour at a time without any discomfort or adverse effects, busily scrutinising features, highlighting errors or areas to improve, taking screenshots for further discussion, all from within the HTC Vive Pro and Enscape combination.”

Although the HTC Vive Wireless Adapter is also costly at nearly £300 per unit, Dodd reveals that the price is outweighed by the possibility of utilising VR during “client meetings, site visits and public consultations.”  Software such as Enscape “continues to be updated and improved at a considerable rate,” making the Vive Pro a real contender in the professional market.

“We believe using Virtual Reality Technology as a design aid is where architectural design will be heading in the very near future, and it is important for the team at Gaunt Francis Architects to be pioneers in the field. As the development of this innovative technology moves towards stable 4K and 8K resolutions, Virtual Reality is expected to become an essential component in the design process and commonplace in architectural practices. Science fiction no longer,” concludes Martin.

KitGuru Says: I can’t say I’d be willing to fork out over £1,500 for all of the equipment necessary for a realistic experience; however it’s clear just how beneficial virtual reality is to some markets out there. How do you feel about the current state of VR?