While Samsung’s array of notches seems to have stolen a bit of the spotlight, its developer conference was still headlined by the firm’s new Infinity Flex Display. Details surrounding the tentatively titled Galaxy X handset are being kept under wraps, but Samsung did unveil more about what to expect from the screen and the user interface.

Come to be known as the Galaxy X by the media, Samsung’s flexible smartphone still has yet to be officially named. Despite this, many of the rumours surrounding the device seem to have been proven true so far, as the firm showcased a tablet that folds inwards and uses its external “cover” display to act as a traditional touchscreen smartphone.

Samsung was careful about exposing its final design by disguising the new technology in a dimly lit chunky case. Still, this is a proof of concept with a fully-fledged user interface that can supposedly be repeatedly opened and closed without degradation.

Reporters were firmly kept away from the experimental project, however CNET managed to get the inside track on screen specifications. When in tablet mode, the device on stage measures 7.3 inches at an unusual 1536×2152 resolution. Closing the device reveals an entirely separate 4.58-inch screen with a smaller 840×1960 resolution. 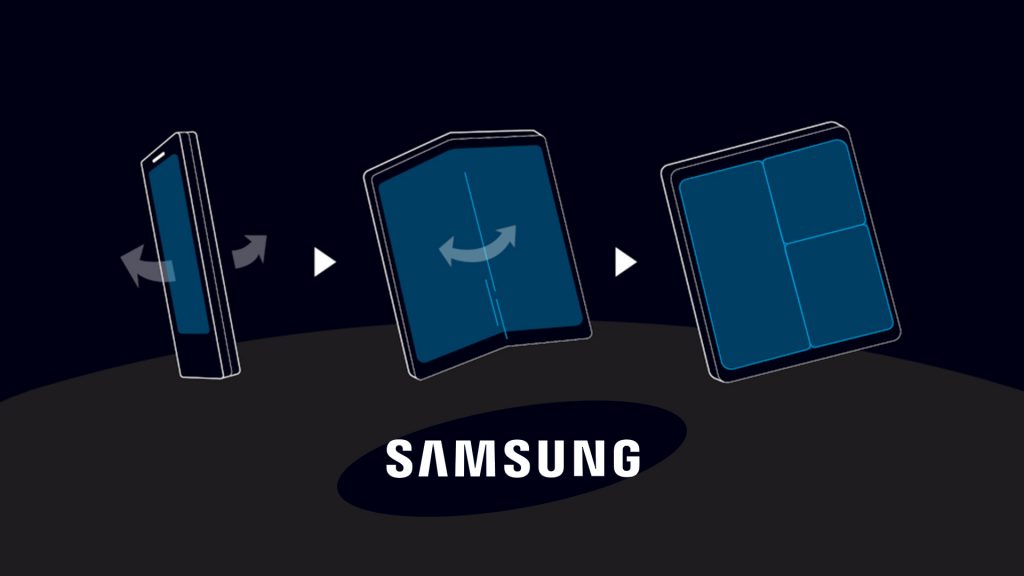 This is already considerably different to display maker FlexPai’s foldable smartphone/tablet hybrid that managed to beat Samsung to the punch last week. While Samsung’s tablet screen will be protected, FlexPai’s single 7.8-inch screen will be exposed by folding outwards to turn it into a 4-inch smartphone.

Delving into its new software, Samsung reveals that ‘One UI’ is derivative of its current Android overlay. It acts as “a new approach to content and controls” by splitting the window up into a ‘viewing area’ and ‘interaction area’. It will use new ‘Multi Active Window' tech to handle up to three applications simultaneously. Finally, most applications will relocate the navigation bar from the top to the bottom in order to prevent strain.

“Users now have the best of both worlds: a compact smartphone that unfolds to reveal a larger immersive display for multitasking and viewing content,” explained Samsung. “The app experience seamlessly transitions from the smaller display to the larger display as the device unfolds. In addition, users can browse, watch, connect and multitask without losing a beat, simultaneously using three active apps on the larger display.”

Samsung’s Infinity Flex Display-clad device is currently “within months” of mass production, meaning that these specifications are unlikely to change. In the meantime, the firm will be releasing a beta test for its One UI within the US later this month. This will be followed by a rollout to Samsung’s Galaxy S9, S9 Plus and Note 9 users alongside Android 9 Pie in 2019.

KitGuru Says: It looks like foldable is the future whether you like it or not. Honestly, I can see good applications for the devices, but it remains to be seen whether it will be an affordable and effective solution to something that is now like an extra limb to the population. How do you feel about Samsung’s flexible design?