Earlier this week, PUBG Corp released its full 1.0 Update to PlayerUnknown’s Battlegrounds on the Xbox One, marking an end to its time within Xbox Preview’s early access. In celebration, Xbox Australia commissioned a special, highly limited edition controller built to withstand grease and scuffs.

Introducing the Greaseproof 1.0, PUBG players will finally be able to indulge in that chicken dinner without worrying about their grubby mits hindering their attempts at an in-game chicken dinner, all thanks to a special urethane coating. Applied by hand, this gives the pad resistance to grease, water and scratches but isn’t an IP rating, so it’s advised that players don’t go dropping it in a bucket full any time soon. 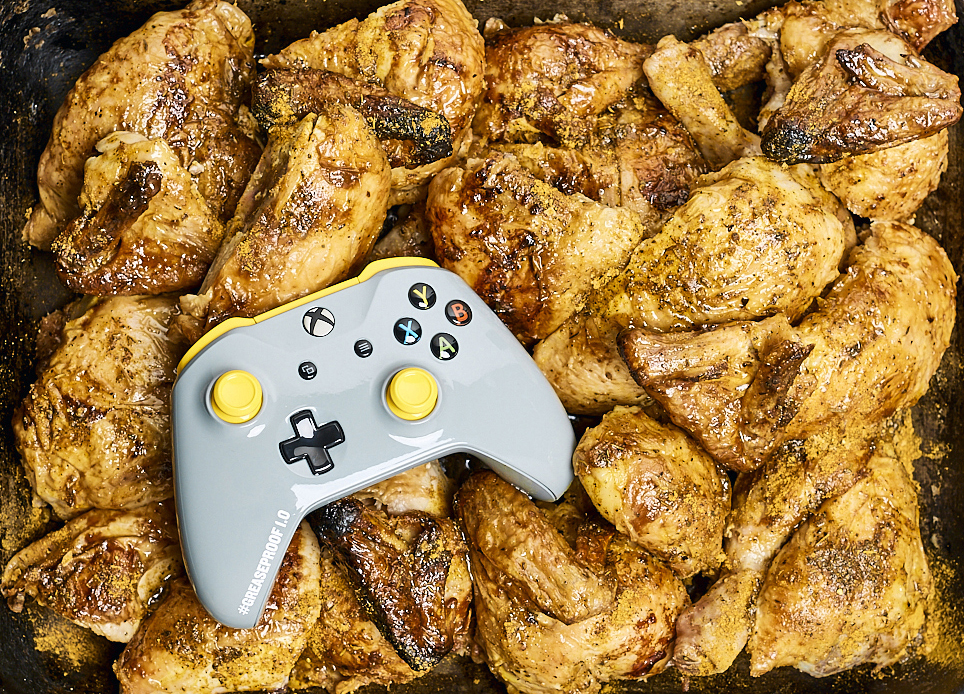 Sporting a unique, yellow and grey industrial design with the PUBG logo on its battery pack, the Greaseproof 1.0 is incredibly limited edition. Only 200 controllers will be made worldwide, each showcasing what number it is when it came out of the factory. Microsoft hasn’t yet revealed how players can get their hands on one, aside from 10 which will be given away via the Xbox ANZ Facebook page, which caters to Australia and New Zealand.

Game Informer's David Milner points out that the coating of the controller ironically makes it look greasy, prompting concerns of the Greaseproof 1.0 slipping right out of the player's hands. Freelance reviewer Addie managed to get her hands on one, revealing that it does have a greasy feel, but it's difficult to know to what extent without our own hands-on here at KitGuru.

It seems that Xbox Australia hasn’t held back with its PUBG promotions, with the team orchestrating a real-life supply drop to celebrate its launch on Xbox Preview. Given that it’s covered two major milestones in PUBG’s console life, it isn’t certain whether it has any more gimmicks and events up its sleeve.

KitGuru Says: Honestly, I can’t believe that it’s taken so long for someone to introduce a greaseproof controller, despite it looking inherently greasy itself. It’s just a shame that this isn’t a standard feature that players can easily get their hands on. What do you think of the Greaseproof 1.0? Would you buy one if it was on sale?