Cambridge Analytica officially closes down, but might have already been replaced

After five years of operation, Cambridge Analytica is closing its doors, citing its media vilification from Facebook’s privacy controversy as the reason for driving away its clients. It seems that there’s more to this than a simple closure, however, with many staff of the liquidated firm already heading a new company called Emerdata Limited.

Upon announcing its closure, Cambridge Analytica staff blasted publications and media for the handling of stories, claiming that the heavy criticism of its “legal” and “widely accepted” data handling practices had driven away almost all of the company's customers and suppliers.

“Despite Cambridge Analytica’s unwavering confidence that its employees have acted ethically and lawfully, which view is now fully supported by [Queen's Counsel Julian] Malins’ report, the siege of media coverage has driven away virtually all of the Company’s customers and suppliers.”

All employee severance, notice, and redundancy obligations will be honoured, despite the immediate closure, with the boards applying “to appoint insolvency practitioners Crowe Clark Whitehill LLP to act as the independent administrator for Cambridge Analytica.”

“Additionally, parallel bankruptcy proceedings will soon be commenced on behalf of Cambridge Analytica LLC and certain of the company’s US affiliates in the United States Bankruptcy Court for the Southern District of New York.” 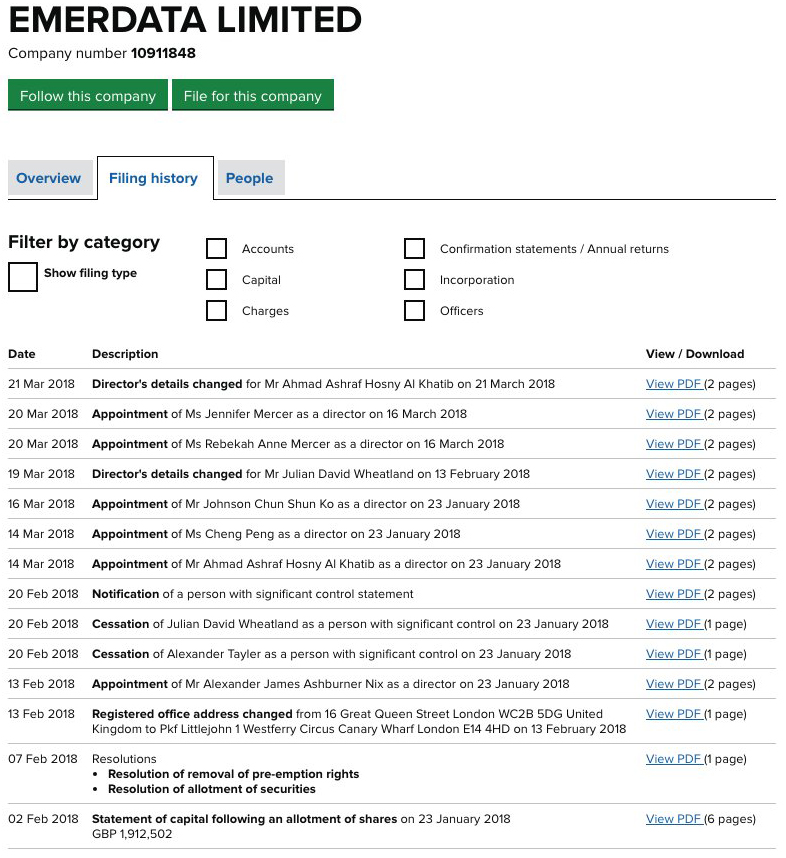 Even though Cambridge Analytica’s presence will dissipate throughout the US and the UK, it seems that this is more of a reshuffling and rebranding to rid itself of negative stigma rather than a complete closure, as many of the company’s former employees and affiliates are now under an active company listed as Emerdata Limited.

Emerdata Limited pegs itself as as a “data processing, hosting and related activities” organisation, taking on board former Cambridge Analytica’s CEO Dr Alexander Taylor as a director, as well as Julian Wheatland who has swapped his role of director in the SCL network, the parent company of Cambridge Analytica that is similarly shutting its doors.

Cambridge Analytica creator and bankroller Robert Mercer’s daughters, Jennifer and Rebekah Mercer are also on Emerdata’s board of directors, after contributing to the infamous company in varying ways.

It’s worth noting that Emerdata was created mid-way through 2017, but has seen a lot more activity since Cambridge Analytica hit headlines at the beginning of the year. This includes the reshuffling of staff members and official filings.

KitGuru Says: The closure of Cambridge Analytica is unlikely to surprise anyone, as virtually no company could survive the amount of flack the company has taken. That being said, with such concrete ties to the vilified firm, it will be interesting to see whether or not Emerdata can stand on its own two feet with better business practices.