ESL launched Battle of the Brands at the beginning of the year, pitting four tech retailers in competition with one another in order to raise money for charity. Following its unmitigated success, Ebuyer, Scan, BOX and PC Specialist will take to the stage once again next year to see who will walk away victorious, with all proceedings going towards UK gaming charity SpecialEffect.

Battle of the Brands surpassed its initial £10,000 goal by 167 percent, hitting a total of £16,729 thanks to the millions of kind people across Facebook, Twitter and Twitch. All money helped fund SpecialEffect, an non-profit organisation that specialises in adaptive technology solutions to enhance the quality of life for those with disabilities, allowing for a more enjoyable gaming experience.

“We were so thrilled to hear that Battle of the Brands will be returning for a rematch in January! The first tournament was such an incredible success and we were absolutely bowled over by the total raised for SpecialEffect,” sais Tom Donegan, Events Coordinator for SpecialEffect. “It’s so fantastic to see the industry coming together to stage this event in support of disabled gamers across the UK and having a LOT of fun in the process. May the best team win!” 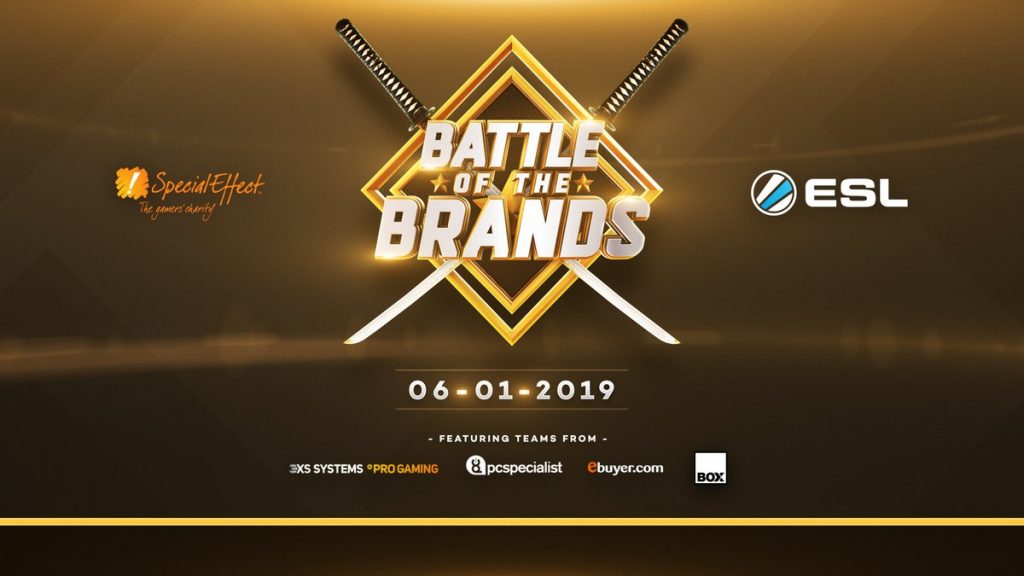 “Esports is a superb way to bring together all sorts of communities,” explains ESL UK Managing Director, James Dean. “I think it’s testament to the affectionate gaming scene when we can put a fantastic show together of rival e-tail and retailers battling it out purely for credibility of gaming prowess. While it’s a serious competition, it’s fun at heart and all for a great charitable cause. We’re delighted to be bringing it back again this year!”

While BOX stood proud as last year’s MvPs, Scan reigned as top brand by winning four of the five events. Scan’s Pro Gaming Specialist Rams Singh parted with some humble words to KitGuru, praising what Battle of the Brands stands for:

“The Battle of the Brands is such a great idea for everyone involved. Everyone has pretty much working flat out during the year for their respective brand and it’s nice to begin off the next year with a battle to see who can hold the bragging rights. We did it this year and we'll try to do it again for 2019.”

The second annual Battle of the Brands will take place on January 6th, 2019, broadcast from the ESL UK Twitch channel. Those interested in helping can already donate via the Just Giving page, or following social media along with the hashtag #BotB.

KitGuru Says: SpecialEffect has proven time and time again why it’s a standout charity in the UK. It’s wonderful to see so many retailers recognising that, collaborating to make the world a better place for those with disabilities. Will you be tuning in?