Intel officially unveils its Z390 chipset ahead of Computex

After numerous rumours, Intel’s Z390 chipset was confirmed at the end of last month, after eagle-eyed viewers spotted it within release notes for Intel’s Rapid Storage Technology. Now, Intel has made the chipset official by posting a full product brief of the Z390 on its website.

It seems that the Z390 chipset does little to differ itself from its predecessor, the Z370, aside from incorporating a handful of new higher-end features. Unfortunately, most of these features can be seen on Intel’s current Coffee Lake-compatible lower-end alternatives, such as the H370, B360, Q370 and H310.

Like its counterparts, the Z390 supports Intel’s 8th generation Core processors along with Optane memory and greater support for DDR4 memory overclocking. Intel has bolstered its connectivity options, sporting 802.11ac, thanks to an integrated Intel Wireless-AC 9560 MAC, and Bluetooth 5.0. 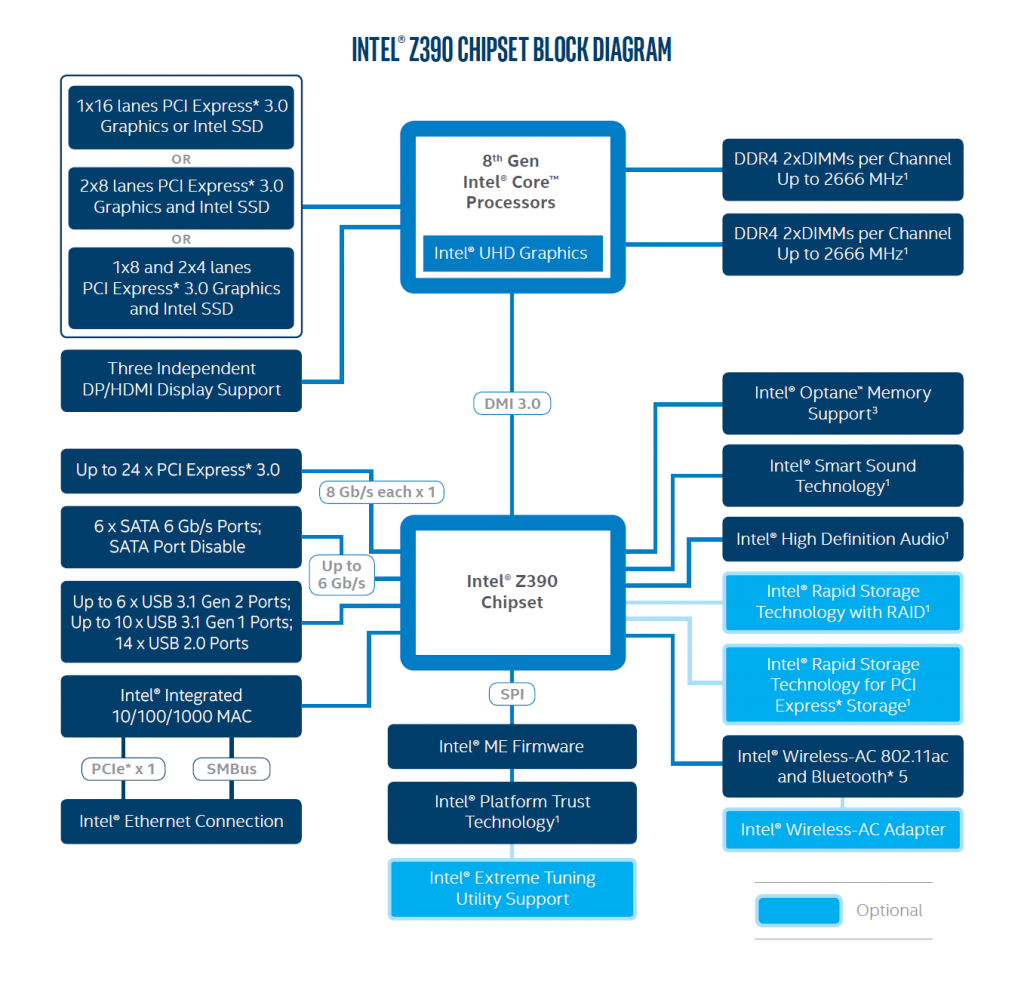 It is believed that this early viewing of the Z390 chipset was posted by accident, as Intel is expected to unveil its latest tech during Computex, which runs from June 5th through until June 9th. This is rumoured to debut alongside Intel’s 8-core Coffee Lake-S processor, which was last seen in a trio of listings last month.

KitGuru Says: It’s looking like the Z390 will act as the company’s true high-end chipset for Coffee Lake processors, however it still won’t prompt Z370 owners to take the leap. Benchmarks could prove me wrong, however, as could any new information Intel might be able to share during the launch event.