Nintendo is big on its nostalgia, often re-exploring the classic consoles that made the company great. Its latest adventure sees the firm patent its own Game Boy smartphone case, helping to transform handsets into the portable console that started it all.

Game Boy-style phone modifications aren’t a new thing, however their unofficial nature has often resulted in quite the disappointment. Fortunately, a patent spotted by Siliconera suggests that Nintendo might finally be giving it a whirl with its own folio-style Game Boy case for touchscreen devices.

The patent was filed on March 16, 2018, showcasing a smartphone clipped into the back of a foldable hard casing in the style of a Game Boy. This includes physical A and B buttons, a directional pad and a cut out to display the device’s screen where the screen of a regular Game Boy would be. When the buttons are pressed, a conductive sheet is used on the inside to ensure fully functional input on the touchscreen. 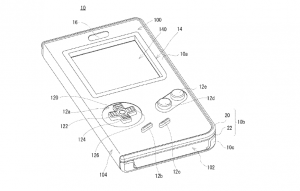 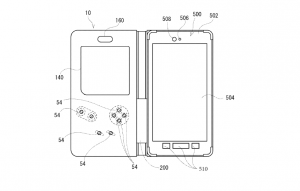 Alterations have been made to accommodate newer functionality, such as a small cut out at the top for the speaker and front-facing camera. This indicates that Nintendo might be considering the possibility of livestreaming while playing classic titles. Connectors at the top and the bottom of the device also remain unobstructed, allowing users to plug in headphones or charging, although the latter isn’t recommended while gaming as this can potentially degrade batteries further.

If Nintendo attempts to make the patent a reality, it will be interesting to see how the firm plans to pull this off given the vast differences in smartphone shapes and sizes. It seems as though the company already has this in mind, stating that it isn’t just for smartphones, but “other electronic equipment such as a tablet terminal that does not have a telephone function.”

KitGuru Says: The nostalgia in me wants to praise the possibility of such a device, while the Switch owner in me is annoyed that this would be a priority when the selection of classic games on the firm’s latest offering is still lacking. How do you feel about the new case patents?