It has been a while since HTC first announced the VIVE Cosmos but we are finally on the way to an early October launch. The VIVE Cosmos will be more expensive than the Oculus Rift S but it will also offer up an impressive spec bump.

The new HTC VIVE Cosmos features six camera sensors on the headset for inside-out tracking- meaning you don't need to rely on external base stations. The display is one of the key selling points, with an 88% increase in resolution over the original VIVE. The LCD panel runs at 2880×1700 resolution, making it a tad better than even the VIVE Pro's display, all while maintaining the standard 90Hz refresh rate.

There are a number of cosmetic changes in place too. The headband is similar to the one found on the PlayStation VR, with built-in headphones and a ratchet system to adjust the headset to your face. The headband also has a hinge attaching it to the headset, allowing you to flip the HMD up and away from your face if you briefly need to return to the real world. 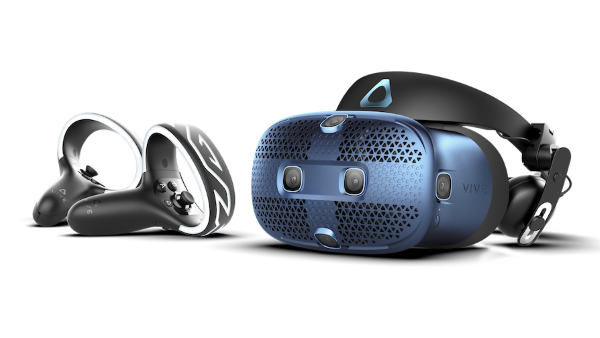 The Cosmos has a somewhat modular design- not too dissimilar to the Valve Index with a removable faceplate housing a USB port for third-party attachments. However, the Cosmos sports a Type-C port where the Index uses Type-A. Modders are already putting this USB port to good use though, with the first add-on set to allow external tracking via the Lighthouse base stations. HTC has also made the Cosmos compatible with its own VR wireless adaptor, so you can experience untethered freedom of movement.

The HTC VIVE Cosmos is already up for pre-order, with the launch price sitting at £699 and a shipping date set for the 3rd of October. Those who do pre-order will also get a code for 12 months of VIVEPORT Infinity, which gives you instant access to a library of games and experiences.

KitGuru says: With new Virtual Reality headsets coming thick and fast from the likes of HTC, Valve and Oculus, is the time right to be investing in VR now, or does the technology still need improvements? We are interested to hear your thoughts.