The El Capitan system will be the second All AMD CPU and GPU exascale supercomputer in the U.S and will deliver more than 2 exaflops of double-precision performance. El Capitan is expected to be delivered in early 2023 and will support National Nuclear Security Administration requirements with its primary objective to ensure the safety and security of U.S nuclear stockpile.

The system will be equipped with AMD’s next-generation EPYC processors codenamed “Genoa” and feature the “Zen 4” processor core to support next-generation memory and I/O sub systems for AI and HPC workloads, along with AMD Radeon Instinct GPUs based on the new 3rd generation Radeon Infinity architecture and open-source AMD ROCm heterogeneous computing software. 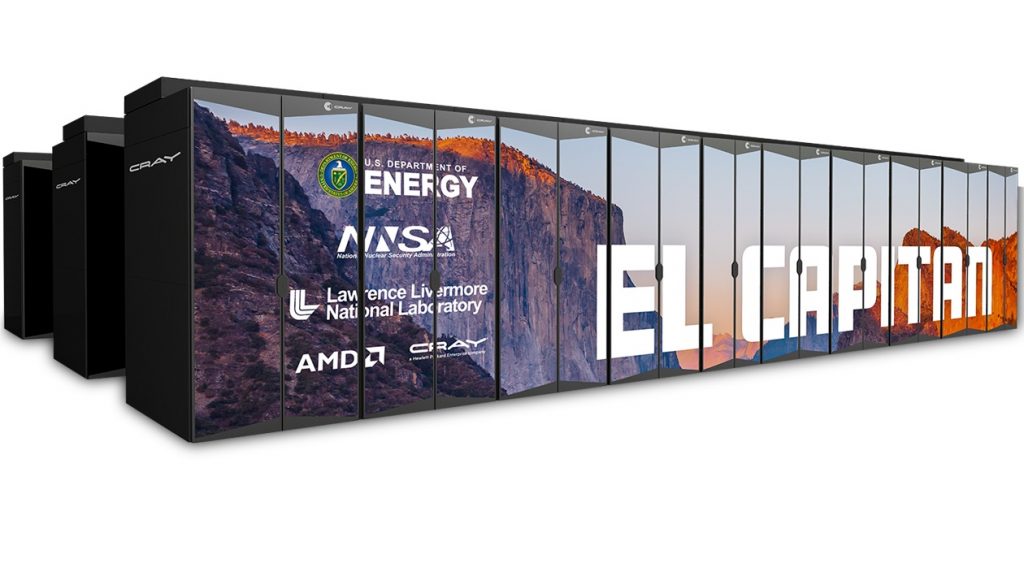 The combination of “Genoa” based EPYC processors and 3rd generation Radeon Infinity Architecture GPUs will provide a high-bandwidth, low latency connection between the four Radeon Instinct GPUs and one AMD EPYC CPU included in each node of El Capitan, as well as unified memory across the CPU and GPU to ease programmer access to accelerated computing.

Previous The Wonderful 101’s Kickstarter campaign will end today, $2 million stretch goal reached
Next The Last of Us series announced to be in the works by HBO