Hackers are already able to exploit the Nintendo Switch browser

The Nintendo Switch has only been on the market for a week and a half but it looks like hackers haven't been wasting any time since then as an exploit has already been discovered. This particular exploit seems to boil down to the Switch's web browser, which is running on an outdated version of Apple's WebKit, which is prone to several well known vulnerabilities.

The hacker in this instance goes by the handle ‘qwertyoruiop‘ and demonstrated a proof of concept of the exploit by slightly tweaking his existing iOS JailBreak, which also goes through WebKit. All he had to do to get it working was remove any iOS specific code. 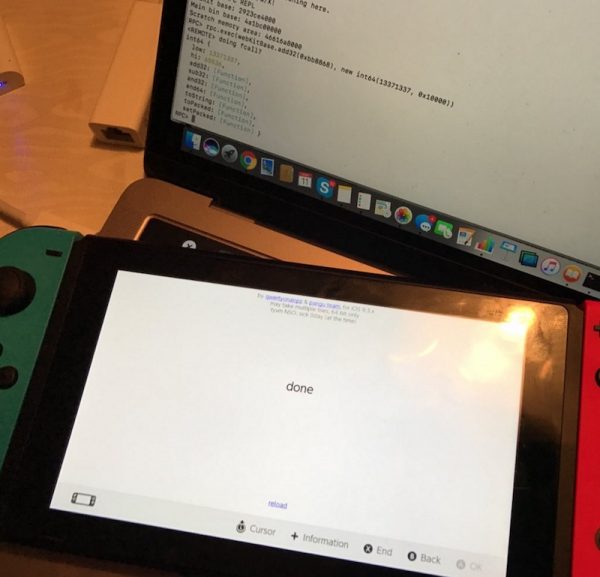 For every day users, this doesn't really mean anything but it does allow hackers to start poking around the Nintendo Switch OS to see what else might be possible with it later down the line. Hackers may be able to understand the console's firmware and start looking at how it uses RAM but this is far from a kernel exploit, which would allow hackers to run their own code on the Switch.

Right now, while the Nintendo Switch is shipping with a browser, Nintendo has buried it and doesn't make it very accessible to users. After this vulnerability discovery though, Nintendo may want to update the version of WebKit it is running on.

KitGuru Says: You aren't suddenly going to be able to turn your Nintendo Switch into a emulation/ROM running machine after this discovery but it is the first step for hackers to start figuring out how the Switch works. I imagine Nintendo will want to push out an update to plug the vulnerability ASAP though so it may not be around for long.