Last week was hit and miss for Sony. The company had an impressive showing of games coming to the PlayStation 5 but the company also rushed pre-orders, leading to frustration and disappointment for many fans. After seeing the reaction, PlayStation has apologised on social media.

Late on Saturday, the PlayStation Twitter account apologised for its handling of pre-orders, promising that more stock will be available soon:

Let’s be honest: PS5 preorders could have been a lot smoother. We truly apologize for that.

Over the next few days, we will release more PS5 consoles for preorder – retailers will share more details.

And more PS5s will be available through the end of the year. pic.twitter.com/h1TaGsGBun

The issue is that pre-orders appeared with no warning or announcement for eager customers. In contrast, Microsoft announced Xbox Series X and Xbox Series S pre-orders a week earlier and set a date and official time for fans to mark down in their calendars.

This all follows on from reports that PS5 production is facing some issues with chip yield rates, leading to lower than expected stock. Amazon has begun emailing pre-order customers warning them that their console may not show up until after launch.

KitGuru Says: Sony jumped the gun in an effort to get pre-orders available sooner than Xbox but that approach came with its own problems. Hopefully lessons will be learned from this and more pre-order stock will be made available. 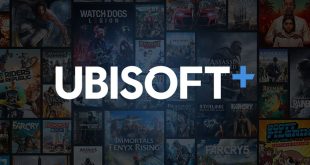