AMD is getting into wireless VR headset technology

When AMD launched its Radeon RX 480 graphics card it promised to deliver VR for the masses, or at least the computing power to do so.

Fast forward 10 months and while VR-capable graphics cards have become relatively the norm, the software (apps) and hardware (headsets) ecosystem has been somewhat lagging.

Now, in a rather unexpected move, AMD – who is not known for its acquisitions – has bought Nitero Wireless VR, a company specialising in producing silicon to untether the cord from your wireless headset. This was a lock, stock’n’barrel acquisition, with AMD making it abundantly clear that the engineering team was part of the deal, including Nitero CEO Pat Kelly becoming Senior VP of Wireless IP at AMD. Nitero already had a substantial investment from Valve which had invested for the sake of SteamVR. 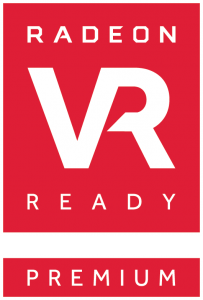 The company owns some interesting wireless IP that AMD can put to use. In particular, it is one of the few companies currently producing 60GHz wireless transceivers, or a phased-array beam-forming millimetre wave chip, as the company describes it. 60 GHz wireless (or unofficially 802.11ad) can deliver up to 7 Gbit/s data rates at close range. It will provide the bandwidth and latency required for beaming high-resolution content from a device to a wireless VR headset. If AMD can integrate this technology into an end-user product, it would provide the VR business a boost that it really needs, as 2016 hasn’t really shown VR headsets much love.

60 GHz radio technology is generally considered the next big thing in wireless communications.

AMD says it won’t be getting into making wireless head-mounted displays (HMDs), but its long term goal will be to accelerate the adoption and nudge the market in the right way.

The competition, including Oculus Rift, who has been making headlines for reasons other than its innovation, have been hard at work prototyping wireless versions of headsets, but most efforts are ad-hoc implementations of wireless, rather than built from the ground up.

KitGuru Says: It is said that pioneers bear the cost of 1st generation technology, and if AMD has its way , those brand-new-old-VR headsets you have plugged to your PC will become that quicker a thing of the past.

Previous SK Hynix introduces 72-layer 3D NAND
Next G2A speaks out on Gearbox demands, claims there is no wrongdoing on its part