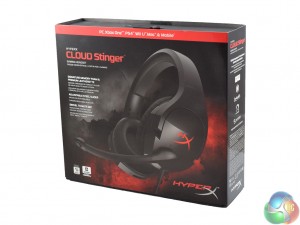 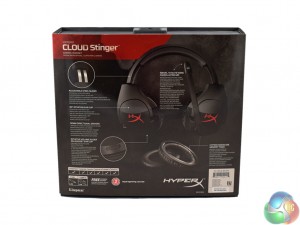 The HyperX Cloud Stinger ships in a red-and-black box with a large product photo on the front. The back of the box highlights a few key features of the headset, which we shall look at ourselves in this review. 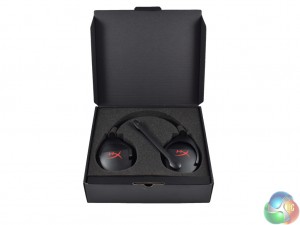 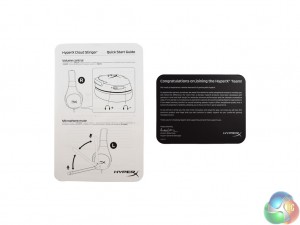 Upon opening the box, it is clear that the headset comes well protected by a lot of padding. Even though the Cloud Stinger is a cheaper device, HyperX are still making sure it arrives safe and sound.

Also included in the box is a small quick start guide, as well as a ‘welcome to the team’ greeting card from HyperX. 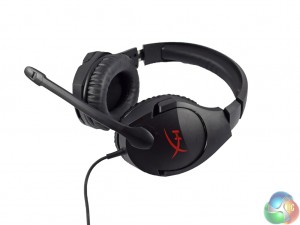 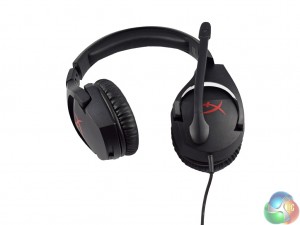 Getting our first look at the headset, then, it does look similar to the Cloud and Cloud II models – the HyperX logo is emblazoned across the back of each ear cup, while the red-and-black theme remains as well.

That being said, the Cloud Stinger is a cheaper device and lacks the premium feel of its more expensive siblings. This is made clear by the plastic construction – the ear cups are not made of the sternest stuff, while the brushed aluminium finish that is present on the ear cups of the Cloud and Cloud II is also gone. Obviously for a £50 headset you cannot expect the best build quality, but I would be careful to not bash the Cloud Stinger around too much.

One new feature, though, is the rotating ear cups, demonstrated by the image on the right. This is helpful when travelling with the headset as it means the device can lie (reasonably) flat. 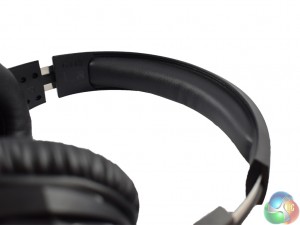 The headband is another area where the Cloud Stinger deviates from its older siblings’ design. The Cloud and Cloud II both feature entirely padded headbands – the Stinger, however, is made with just a strip of padding on the underside of the headband, while the outer shell is plastic. There is also some ‘HyperX’ branding on the top of the headband. 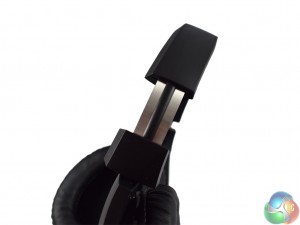 While the headband is mostly plastic, the frame makes uses of a steel slider if you want to adjust the headband size. I found the Cloud Stinger fits with plenty of room to spare, so it should fit pretty much anybody. 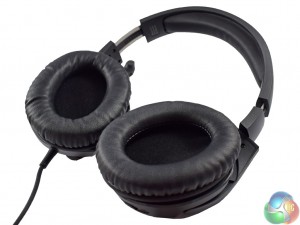 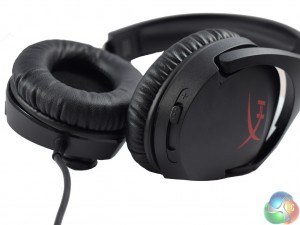 The ear cups themselves are circumaural, meaning they cover the whole of your ear. The cups also sport memory foam padding – something which is to be found in all of HyperX’s headsets. This should make wearing the headset for prolonged periods that bit more comfortable than regular foam. 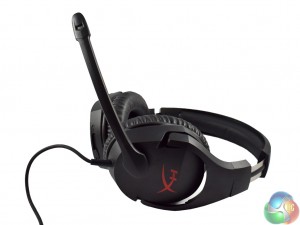 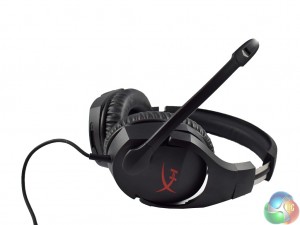 Speaking of new features, a rotatable mic is another nifty inclusion. It can be tucked away, completely out of sight, or moved down to your preferred position. Incidentally, flicking the mic up and out of the way will also mute it – you will hear a small click which confirms the mic has been muted. 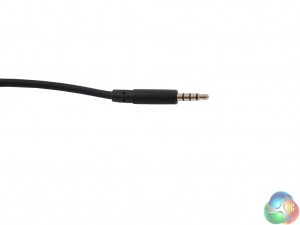 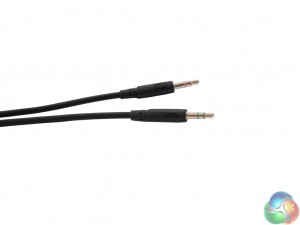 Lastly, the audio cable is integrated within the headset, so it cannot be removed. This integrated cable is 1.3m long and uses a single combi-audio jack. However, also included is a 1.7m extender, which splits the signal into separate audio and microphone jacks. All-in-all, a total cable length of 3m should be enough for most people.