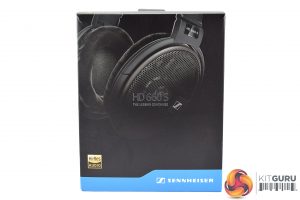 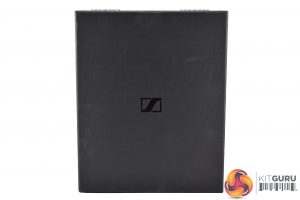 The Sennheiser HD 660 S arrives in a dark box with quite a lot of empty space on the front. The headphone itself is pictured, while the HD 660 S branding is printed in a reflective silver font. Underneath the branding, we see the words ‘the legend continues’, an obvious reference to the HD 650 and their legendary status in the audio community.

Inside that outer box, which is quite thin and flimsy, we find a much sturdier black box, this one devoid of any design except the Sennheiser logo. 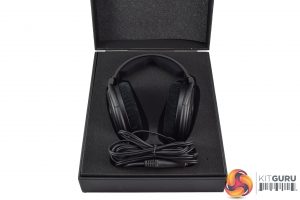 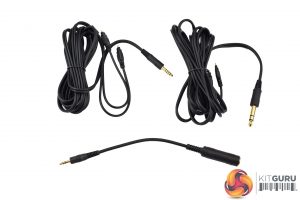 That hefty black box is actually hinged, so opening the lid reveals the headphone and the included cables. The headphone comes well protected by the thick foam surround, so there is no need to worry about the ‘phones getting scuffed in transit.

For reference, the HD 660 S comes with two different cables (detachable of course), one ending in a standard 6.35mm (1/4-inch) jack, while the other is a balanced 4.4mm connector. A 6.35mm to 3.5mm adapter cable is also included. 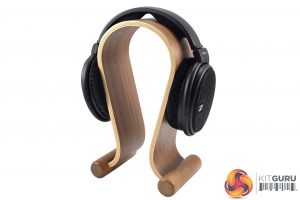 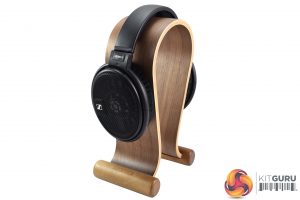 In terms of the headphone design, the HD 660 S is very similar to the HD 650. It is not quite identical, and we will go over the key differences below, but it is essentially the same design.

The most obvious difference is the matte black finished used. Personally, I much prefer this to the titanium-grey finish used by the HD 650s, while I don’t find the marble finish used on the HD 600 to be that appealing either. Matte black, however, looks neat and quite minimalistic which I like. 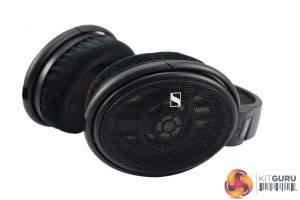 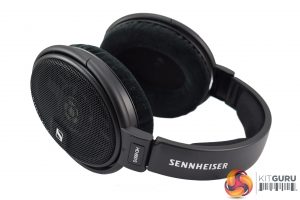 Other than that, as far as I can tell there are just two more stylistic changes to the HD 660 S when compared to its predecessor.

The first is the small, silver Sennheiser logo that has been placed on the ear cups’ grille. The second is the Sennheiser branding written on the headband – it is now much smaller and written on the left-hand side of the ‘phones. With the HD 650, it was positioned centrally and was also much larger. 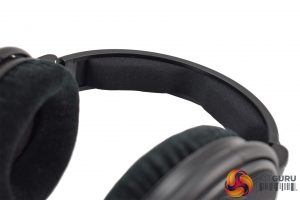 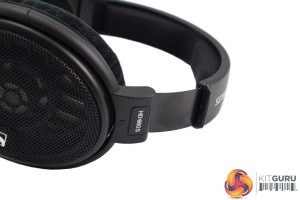 The headband itself still sports around half an inch of foam padding on the inside, while the size-adjustable metal frame has also been left alone. 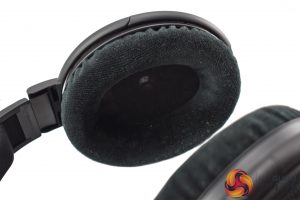 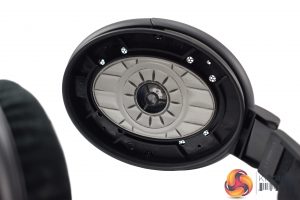 Elsewhere, the same plush velour ear pads are found, and these have a good amount of depth which meant my ears were never touching the driver’s foam protector.

Speaking of the driver, removing the ear cups obviously reveals the driver, and much speculation has been made as to whether the HD 660 S uses the HD 700 driver or something entirely new. Based on physical appearance alone, the drivers certainly look very similar. 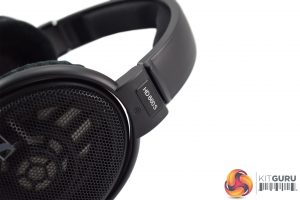 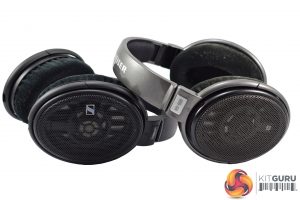 In short, the HD 660 S is essentially the same design as the HD 650. The paint finish is different, and there are a couple of minor aesthetic changes, but the build quality is the same, as are the ear cushions and headband.

I know some people have never been too keen on the HD 650’s build quality considering the price, and I would agree that is only amplified given the HD 660 S retails for around £100 more, at £429. Personally I think the build quality is OK – it is mostly plastic, but it feels sturdy enough and could withstand a knock or two. That said, I have previously owned the Philips Fidelio X2 and that headphone costs £150-200 and does offer much better build quality thanks to its metal casing and incredibly sturdy headband.

Essentially, if you think the HD 650 isn’t overly well made, the HD 660 S isn’t going to change your mind, but I reckon it will be fine for most people. I’ve certainly not had an issue with the headphone in the weeks I’ve been using it.