Crystalmark is a useful benchmark to measure theoretical performance levels of hard drives and SSD’s. We are using V7.

The PCMark 10 Data Drive Benchmark has been designed to test drives that are used for storing files rather than applications. You can also use this test with NAS drives, USB sticks, memory cards, and other external storage devices.
The Data Drive Benchmark uses 3 traces, running 3 passes with each trace. 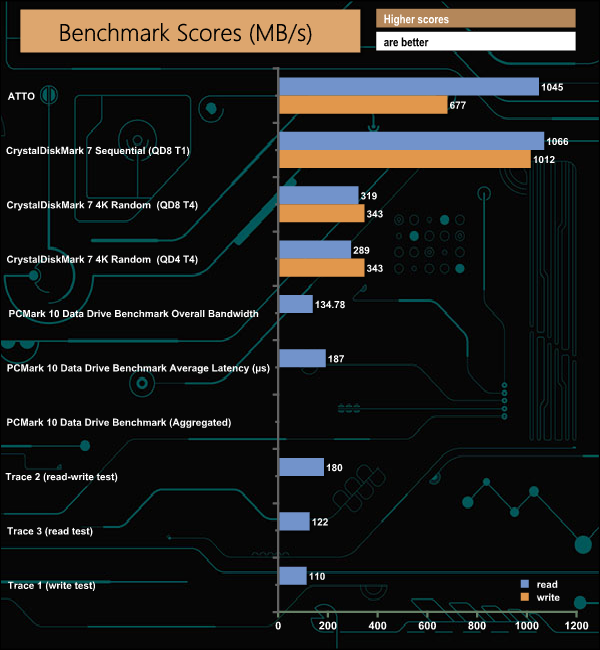 Lexar quote read speeds for the drive of up to 1,750MB/s but as the Professional CFexpress USB 3.1 card reader only supports speeds of up to 1,050MB/s we couldn’t get to that maximum figure. The best read scores we saw were 1,045MB/s in ATTO and a slightly faster 1,066MB/s in CrystalDiskMark 7.

The official write performance figure is up to 1,000MB/s. Using the ATTO benchmark we couldn’t get close to that figure at 677MB/s. However, when tested with CrystalDiskMark’s Sequential default test we saw a figure of 1,012MB/s, confirming the official performance figure.