Video game preservation and massive collections are a point of pride for some enthusiasts. Over the years, we've seen rare games sell for tens of thousands of dollars, meanwhile the largest video game collection in the world was sold several years ago for $750,000. This month, a new record was broken, with an original, sealed copy of Super Mario Bros. selling for over $100,000.

As part of a private auction, an original, first-edition version of Super Mario Bros. for the NES was sold for $100,150- the largest amount of money any single rare game has been sold for to date. 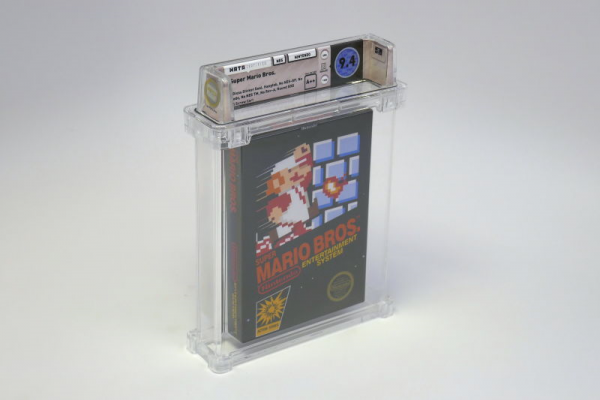 Imperfect versions of this game can be found for less than $100, but this edition was special. Not only was it part of the first run of Super Mario Bros. in the US, but it comes unopened, wrapped and even has Nintendo's old seal still intact.

Speaking with Kotaku, Deniz Khan, president of Wata Games, said that “sticker-sealed Mario is possibly one of the most significant video gaming items historically”. The version that was recently sold now belongs to three people, Zac Gieg, Rich Lecce and Jim Halperin. Jim is part of Heritage Auctions, meanwhile Rich is a long-time video game collector. Zac owns his own game store.

The original owner of this copy of Super Mario Bros. did not want to be named publicly in order to protect their privacy. Buyers have approached this person in the past with offers above $50,000, but they did not want to settle for any less than six figures. The new owners of this copy of the game believe that some day it will be worth over $1,000,000.

KitGuru Says: In the comic world, we see rare editions fetch high prices often. As video gaming continues to grow, the value of sealed, rare copies of older titles will rise too. It seems fitting that the original Super Mario Bros. is the first game to fetch six figures.

Previous Ditching Steam has done wonders for The Division 2, according to Ubisoft
Next Toshiba XG6 1TB SSD Review