Microsoft keeps its game consoles up to date with consistent software patches. The September patch – officially available now – brings with it some long-requested Quality of Life improvements, including a full library revamp.

Making the announcement on the Xbox Blog, Jonathan Hildebrandt, the Principal Group Program Manager at Xbox Experiences said “Team Xbox is excited to continue bringing new ways to make Xbox better, with you at the center, as we refine the experience and deliver brand new features based on your feedback.”

One of the biggest changes made with the update is to the Xbox’s Library menu, adding a ‘full library’ option, collating all of your titles across your physical media; Xbox Store titles; Xbox Game Pass games; and Games with Gold titles – assuming you are subscribed to the latter two. 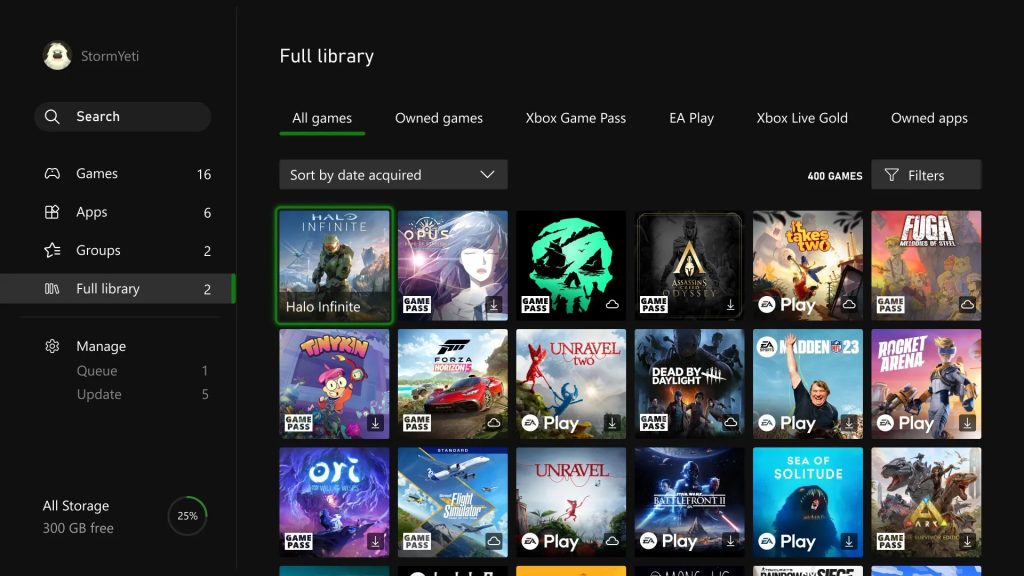 Another major convenience comes in the form of being able to now choose the default installation location for games, meaning that if you have an SSD and mechanical hard drive, you can make it so all previous-gen titles install onto the slower hard drive by default, freeing up precious SSD space.

Other miscellaneous improvements added with this update includes being able to customise the RGB colour of the Xbox logo on Elite Series 2 controllers; quicker party-up times thanks to improvements in the Xbox mobile app and a new noise-suppression option for voice chats.

While none are revolutionary, September’s system update brings with it some very welcome refinements, making the act of accessing and playing your games even simpler.

KitGuru says: What do you think of the update? Have you installed it? What other features are desperately needed? Let us know down below.

Previous Logitech’s G Cloud handheld will cost $349.99 at launch
Next Platinum’s failed live-service title ‘Babylon’s Fall’ is being given away for free at stores