Earlier this summer, Logitech and Tencent announced plans to join forces to launch a new dedicated gaming handheld. However, unlike the Steam Deck or Nintendo Switch, which play games locally, the Logitech G Cloud would primarily focus on streaming services, like GeForce Now and Xbox Cloud Gaming. Following a leak a few weeks ago, Logitech has now officially revealed the handheld in full.

The Logitech G Cloud is launching on the 17th of October, offering a 7-inch 1080p/60Hz display in a compact formfactor with integrated controls. The device supports remappable buttons, haptic feedback and even gyroscope aiming. Logitech also claims 12+ hours of battery life, although we don't know if that's 12 straight hours while streaming games or running apps, or if that is 12+ hours of standby battery life. 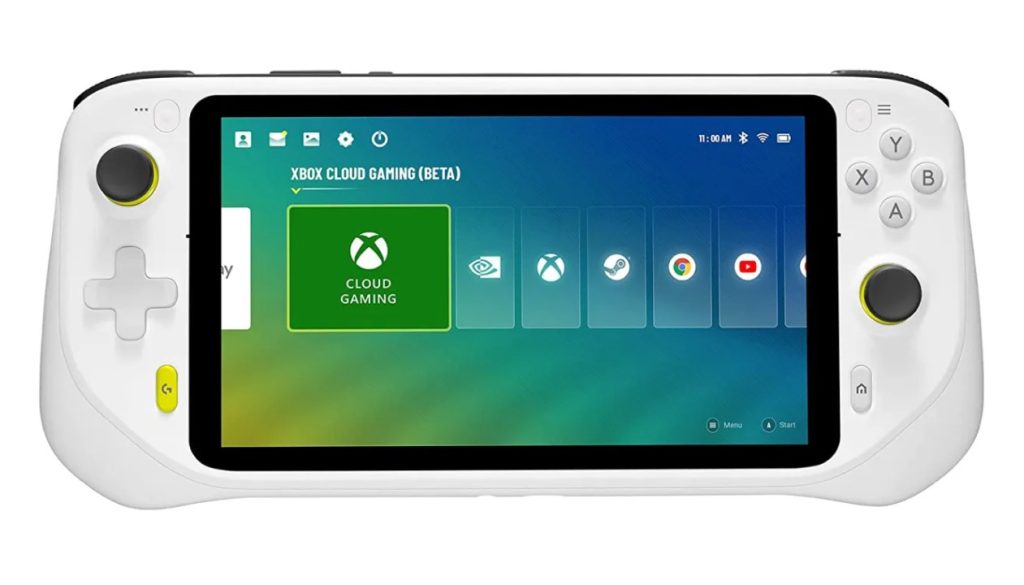 Logitech has teamed up with Microsoft and Nvidia to ensure that Xbox Cloud Gaming (available with Game Pass Ultimate) and GeForce Now are accessibly on the system. With these two services, you'll have access to over a thousand games.

KitGuru Says: I regularly use Xbox Cloud Gaming already, so this is something that would interest me, but not at the same price as a Nintendo Switch OLED, or the base model Steam Deck. What do you all think of the G Cloud handheld?