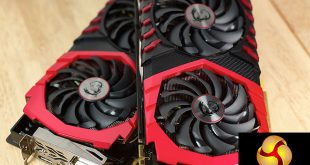 The KitGuru team are big believers in 120hz+ gaming. The super smooth refresh rates can really enhance the gaming experience. If you are lucky enough to own a screen such as the Asus ROG Swift PG278Q 144hz Adaptive Sync panel (review HERE) or the new Asus PG279Q ROG Swift 165hz panel (buy HERE) then it becomes critical to drive super high frame rates to get the best experience. If you like to game with the maximum image quality even one GTX 1080 will struggle to deliver 120fps+ at 1440p so MSI sent us another MSI GTX 1080 Gaming X 8G RGB to supplement our initial findings (Review HERE). 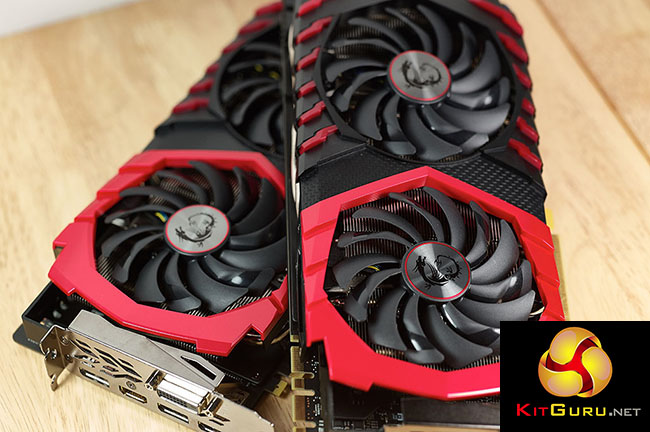 At close to £700 each (buy HERE) the MSI GTX 1080 Gaming X 8G RGB SLI isn’t for the faint of heart. Thanks to Brexit the price of hardware in the United Kingdom has been slowly rising. These were never inexpensive cards, but initially they were on sale for £629.99. Thats a £70 increase per card, within the space of a month.

The MSI card is a looker and we mentioned in our initial review that MSI competitors Asus and Gigabyte opted for three fan cooling solutions. It didn’t hurt MSI to deliver a two fan cooling system – they are using large, high grade fans and our initial thermal tests showed the MSI solution to be competitive. 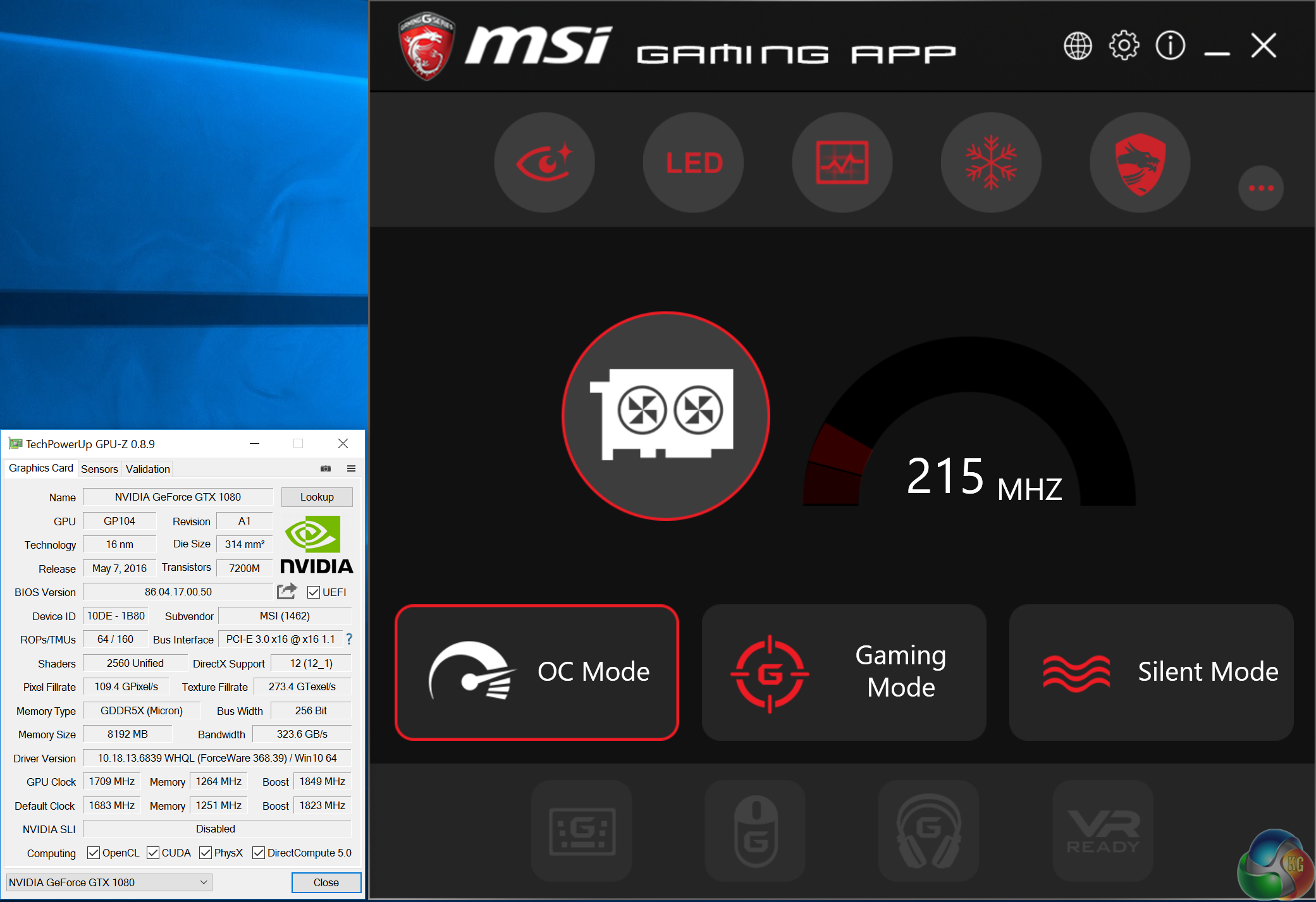 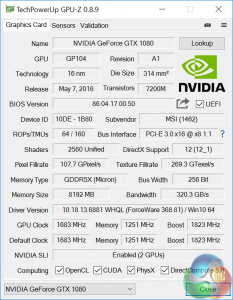 As the screenshot above shows there is an ‘OC mode’ available in software which offers a slight increase in clock speeds. In OC MODE the core increases to 1,709mhz with a 1,849mhz boost, and the memory increases to 1,264mhz. The MSI website (HERE) shows the three available settings, including ‘silent mode’ which downclocks the card to 1607mhz while reducing fan speeds. We tested the single card in OC mode, but we are testing the SLi configuration today in standard ‘Gaming mode’ which is the BIOS default. With two cards in close proximity we want the best temperatures and stability possible.