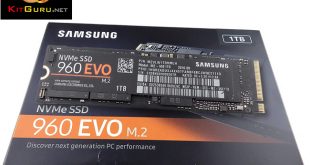 Announced at the same time as the high-end SSD 960 PRO, but arriving a month later, the newly-launched SSD 960 EVO is Samsung’s attempt to push the M.2 PCIe NVMe format SSD into the mainstream market. The EVO uses the same Polaris controller as the 960 PRO but combines it with Samsung’s 3rd Generation 48-layer 3-bit (TLC) V-NAND compared with the 2-bit MLC V-NAND used by the PRO.

The 960 EVO comes in three capacities; 250GB, 500GB and the flagship 1TB drive. Unlike the 960 PRO, the EVO doesn’t use Samsung’s 4-Landing or POP (Package-on-Package) design for the components on the PCB, with the controller, cache and NAND packages being laid out in a more conventional manner. 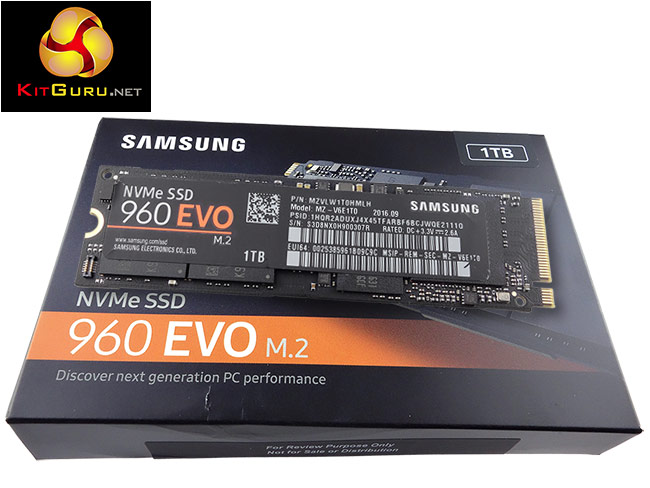 The new updated version of Samsung’s Magician software, which might have been expected to arrive with the 960 PRO, is now expected sometime towards the end of this month (November). What has been launched alongside the 960 EVO, however, is the latest Samsung NVMe driver (Driver 2.0) which should produce better performance than the native Windows drivers.

The 1TB drive has a quoted endurance of 400TBW and Samsung back the 960 EVO series with a three-year warranty.