Amazon on Wednesday introduced its first set-top-box, the Amazon Fire TV. The new STB combines powerful hardware with one of the world’s richest collections of digital content and video games. The STB supports an external gamepad controller to make it more appealing to gamers. The novelty will cost $99 in the U.S. (the U.K. price is unknown) and in many ways it will redefine what customers expect from STBs.

Fire TV runs the latest version of Fire OS “Mojito,” which is based on Google Android, so it’s simple for developers to port their services and games over to Fire TV. Customers can use Fire TV with their Kindle Fire-series media tablets to view content and apps on larger screen (some of the cross tablet-STB functionality will be compatible with Apple iPad and some other smartphones and slates). 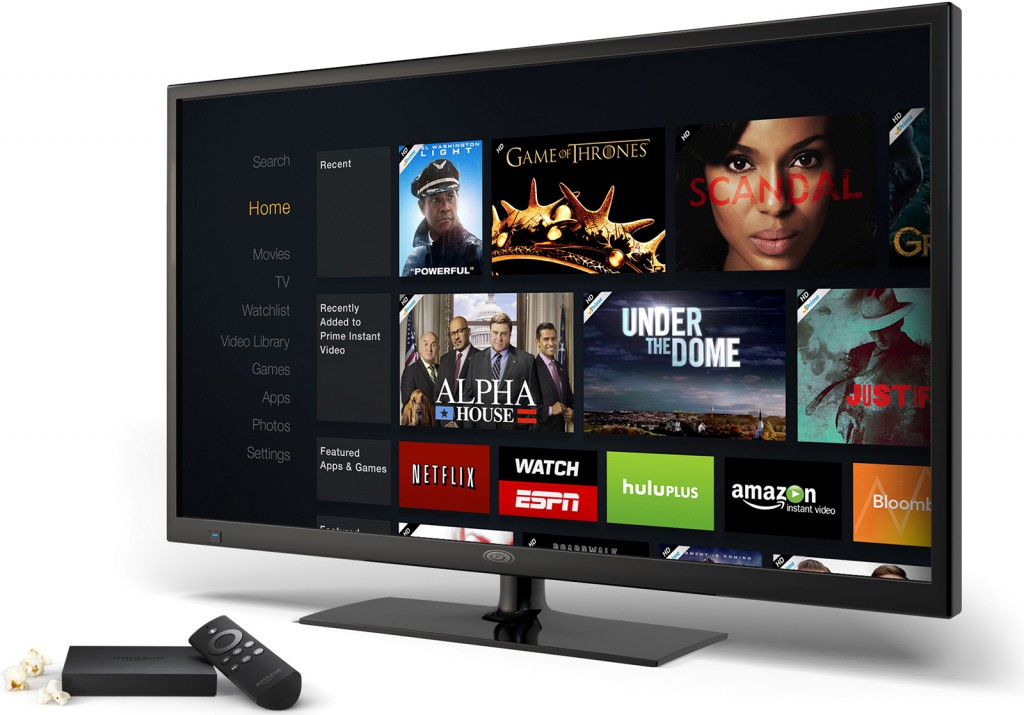 Unlike other set-top-boxes, Amazon Fire TV not only supports video and music services, but also has proper support for video games. The unit not only comes with advanced Adreno 320 graphics engine, but is compatible with Amazon Fire game controller (a wireless Bluetooth game controller with up to 55 hours of battery life) that has one D-pad, two analogue sticks, shoulder buttons, analogue buttons, media controls and so on. The controller costs $39.99 in the U.S.

Amazon worked with game developers like EA, Disney, Gameloft, Ubisoft, Telltale, Mojang, 2K, and Sega to bring their games to Fire TV. Games available starting today over 100 games are available and optimized for Fire TV, with thousands of additional games coming next month with the Fire TV app, which brings controls for touch-enabled games. The average price of paid games is $1.85, but there will be titles cheaper than that as well as free games. 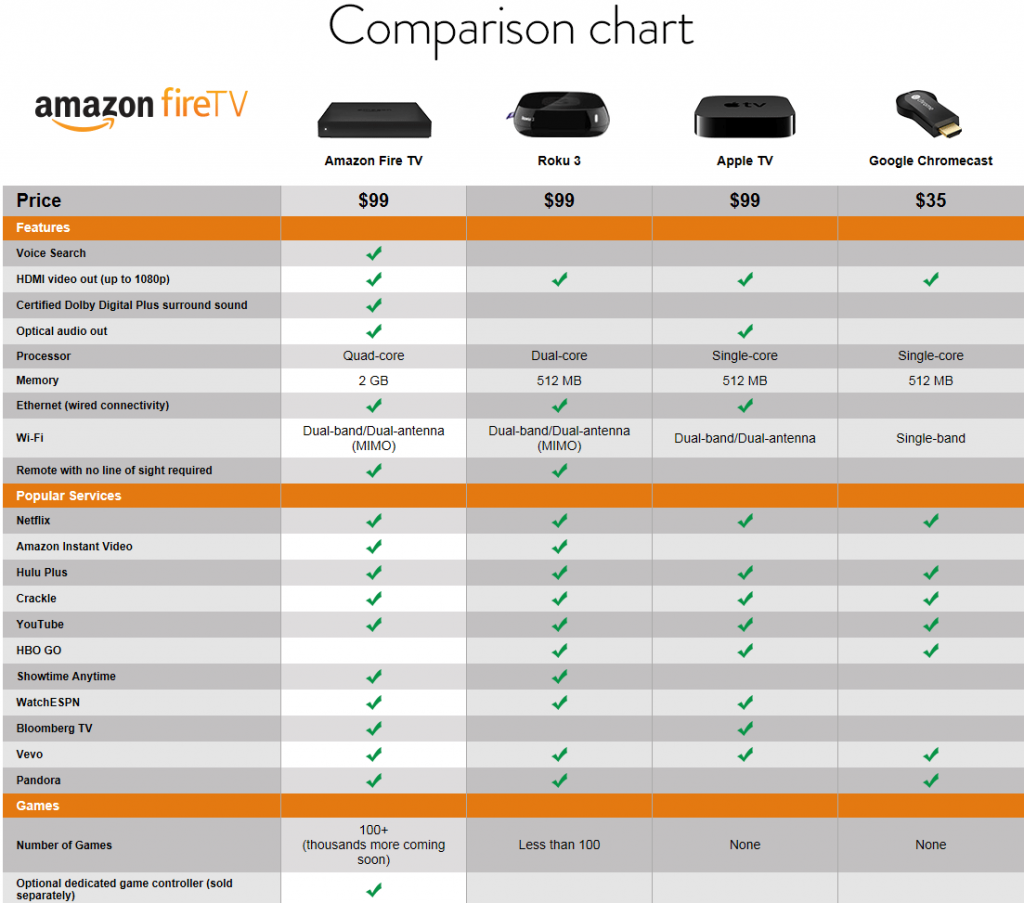 The Amazon Fire TV will cost $99 and will compete against Apple TV, Roku and other set-top-boxes in the U.S. The European plans concerning the Fire TV services are presently unknown, just like the prices of the set-top-box in Europe and the U.K.

KitGuru Says: Amazon Fire TV looks rather good on paper. It supports multitude of services, has proper support for video games and applications. It also comes with full-HD video support and proper multi-channel audio support (still, DTS support could be a good addition to Dolby Digital Plus). Finally, its price is no higher compared to its rivals, but it has significantly more advanced application processor and thus should support more sophisticated apps and provide better experience overall.