Google has been receiving criticism throughout the early days of 2020 due to its lack of announcements for Google Stadia. Since then, the company has been working to rectify things with a few announcements, starting off with the announcement of five more games coming to the service.

One of the biggest announcements here is Lost Words: Beyond the Page, a family-friendly puzzle adventure that will arrive ‘first on Stadia', similarly to GYLT, which was also a timed exclusive. Other games like Get Packed and Orcs Must Die! 3 are also debuting as ‘First on Stadia' titles. 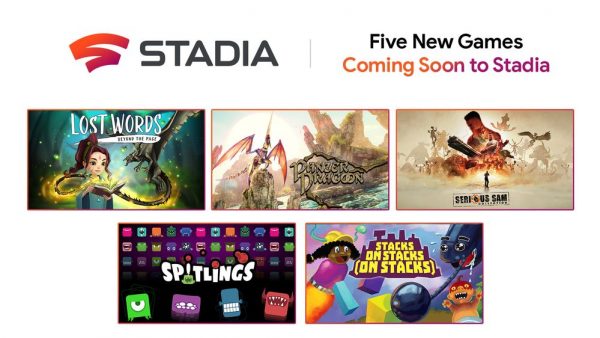 The other four new games being announced for Stadia include Serious Sam Collection, Panzer Dragoon, Spitlings and Stacks on Stacks (on Stacks). These new games add a bit more variety to the Stadia lineup, although they won't be the biggest launches of 2020.

The likes of DOOM Eternal, Cyberpunk 2077, Watch Dogs Legion and Baldur's Gate 3 are also set to release on Stadia this year. We can expect more announcements in the coming months too, with one rumour hinting at a deal with Activision Blizzard, as the publisher recently pulled its library from GeForce Now.

KitGuru Says: I still haven't been able to try Google Stadia for myself, but I'll be giving it a go once the free-tier lands. I'm also still hoping for iOS availability, but that one seems unlikely due to Apple's rules on revenue splits when selling through its platform. Have any of you tried Stadia yet?