Since AMD released its initial wave of Zen-based CPUs, many consumers have been looking forward to each new iteration of CPUs coming from the chip manufacturer – something which also holds true for the upcoming Zen 3 architecture. Initially it was expected that AMD Ryzen 4000 for desktops presented to the public at Computex 2020 in June. However, due to the COVID-19 outbreak the event was rescheduled to September. 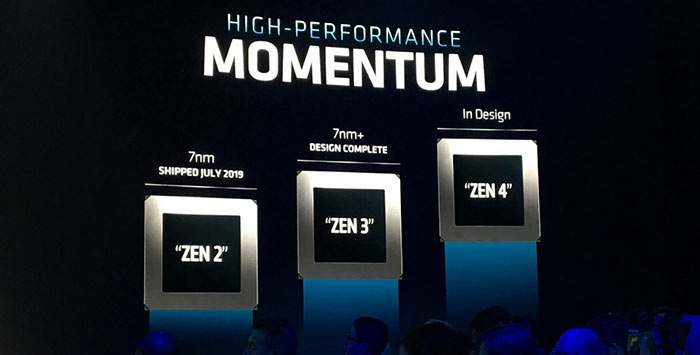 Computex 2020 wasn't the only thing that has been delayed, and Ryzen 4000 for desktops is expected to suffer a similar fate. The roadmap for Zen 3 had to be redrawn and it has been uncertain when the public will be able to see the new architecture in action. Now Taiwanese DigiTimes reports that AMD Ryzen 4000 for desktops will arrive in September – based on sources from motherboard manufacturers.

It's speculated that it's only the unveiling ‘Zen 3' – code named ‘Vermeer' – that has been postponed. The reports talk about retailers expecting to receive shipments of the new CPUs in August or September, to be able to prepare in time for the official launch.

KitGuru says: What are your thoughts on the upcoming AMD Ryzen 4000 CPUs for desktops? Will they live up to the expectations?