After weeks of wondering whether it would go ahead as scheduled due to the coronavirus pandemic, Computex has finally made an official decision about its big event that was due to take place in Taipei this summer.

Computex has made the decision today to reschedule its 2020 event that was set for 2nd – 6th June this summer. Over the past few days and weeks, there have been events cancelled and rescheduled around the world due to the COVID-19 outbreak, including huge sporting events such as the Euro 2020 football tournament and Formula 1 races.

Many in the industry felt that it would only be a matter of time before Computex was forced to move dates due to the uncertainty surrounding travel and how long social distancing measures would be in place around the globe. 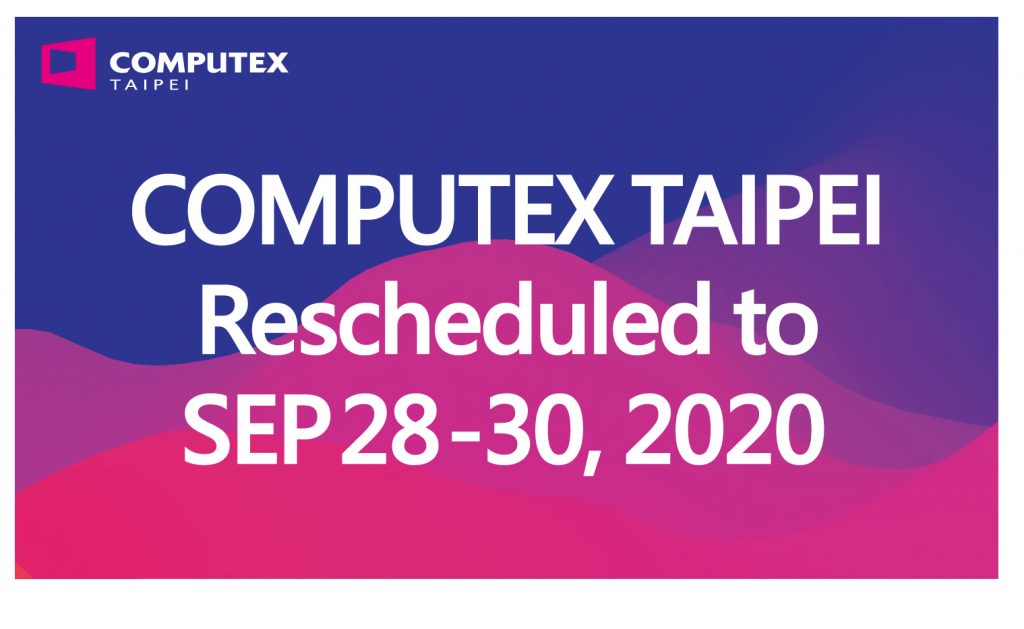 Today, Computex has put out an official statement on its website that confirms the tech event is being moved to later in the year. Computex 2020 has now been rescheduled and will take place between 28th – 30th September, that is assuming the measures taken by governments worldwide have been relaxed by then.

“To continue to service exhibitors and visitors around the world while taking into account the health and safety of all participants, COMPUTEX is rescheduled to September 28-30, at Taipei Nangang Exhibition Center, Hall 2 (TaiNEX 2) and will present 5G and communication, smart solutions, gaming, and InnoVEX (startups),” COMPUTEX organizers, TAITRA President & CEO, Mr. Walter Yeh, and TCA Secretary General, Mr. Enoch Du jointly announced.

KitGuru says: It was becoming inevitable that Computex would be postponed or cancelled, at least everyone can make alternative arrangement for the rescheduled event now, just as long as the measures that have been taken to control coronavirus are relaxed by the time of the new dates.