Apple launched its iPhone 11 towards the end of 2019, and it proved to be the world's most popular smartphone in Q1 2020. The company saw 19.5 million iPhone 11s ship from January to March 2020, which is almost three times as many devices as its closest rival, the Samsung Galaxy A51.

In spite of the logistical challenges that have arisen due to the COVID-19 outbreak, Apple still managed to ship 19.5 million of its most popular phone during the first quarter this year – which is almost 6 million units more than what the iPhone XR managed in Q1 2019. According to Omdia, this achievement is attributed to iPhone 11's “balance of pricing and features”. 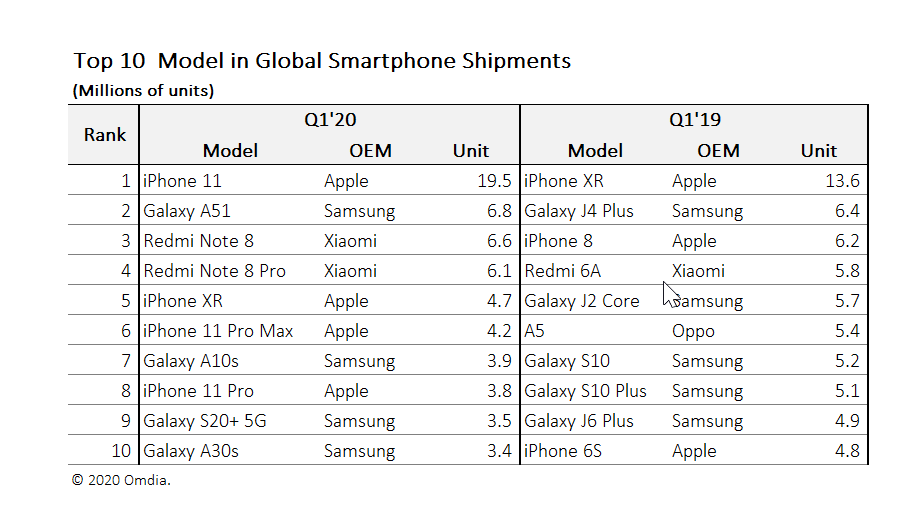 “For more than five years—even amid shifting conditions in the wireless market and the global economy—one thing has remained consistent in the smartphone business: Apple has taken either the first or second rank in Omdia’s global model shipment ranking,” said Jusy Hong, director of smartphone research at Omdia.

Jusy Hong added, “Apple’s success is the result of its strategy to offer relatively few models. This has allowed the company to focus its efforts on a small number of products that appeal to a broad selection of consumers and sell in extremely high volumes.”

KitGuru says: Do you own an iPhone 11? Do you think that it deserves to be the world's most popular smartphone?