Computex set to go ahead as planned despite Coronvirus outbreak

Since the outbreak in China of the 2019-nCoV virus (Coronavirus), the tech industry has faced concerns about whether the outbreak will impact PC and component production. Apple is already potentially facing shortages due to the temporary closure of its assembly lines at Foxconn and Pegatron. Now Nintendo Switch production is facing delays, with other manufacturers likely to feel the strain of reduced production too.

As well as the problem of reduced manufacturing and the obvious personal concerns surrounding the 2019-nCoV virus outbreak. Organisers of big events in the area are facing challenges too. One of the largest tech industry events set to take place very close to the area where the 2019-nCoV outbreak began, is the annual Computex show in Taiwan. There have been rumours around the tech industry about whether Computex will go ahead as planned or if it could be delayed until later in the year.

Currently, Taiwan is holding out from a major 2019-nCoV outbreak with only 17 confirmed cases reported on the Coronavirus outbreak tracker. However, since China and Taiwan are separated by just a 110-mile strait and share the same language, the number of goods and people moving between the two countries is high. Therefore, there is a possibility of a larger outbreak in Taiwan which could pose a serious problem at Computex with individuals from the tech industry around the world attending. 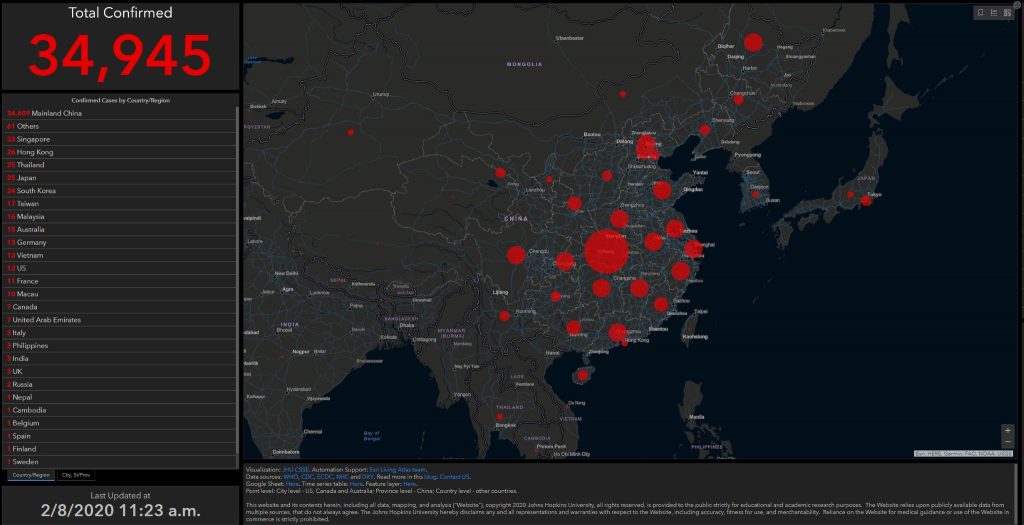 A similar outbreak of the SARS virus in 2003 threatened Computex. After polling registered attendees, Computex organisers decided to postpone the event until later in the year. Computex 2020 is scheduled to run from 2nd – 6th June this year and the event organiser, TAITRA has begun official registrations for the show. The organiser recently put out a press release what provided reassurances about travel to and from the show, as well as details about health care facilities in Taiwan.

KitGuru says: let’s hope better medication to treat the Coronavirus arrives in the coming months and countries become completely free of the virus once again. Are you going to Computex 2020 and feeling a little concerned about the chance of being infected by 2019-nCoV virus? Or have you decided not to attend due to the risk involved?