Amazon’s Fire TV Cube has been rumoured since September last year, with whispers that the new smart device would be powered by the company’s personal assistant, Alexa. The shopping giant has now made the Fire TV Cube official, endowing the streaming box with the ability to push 4K content while simultaneously acting as a universal remote.

Like previous devices, the Fire TV Cube has the ability to turn ordinary televisions into smart devices, but this time Amazon has taken things a step further. Introducing a pass-through, the new Cube can connect itself to a plethora of devices, from consoles to television providers, overlaying its own Fire interface.

Alexa is one of the more significant implementations, pushing the Fire TV Cube past a simple streaming box and into the territory of its Amazon Echo line of home assistants. This allows for voice controls, which will act standalone with its built-in speakers when answering user questions, but will also control other devices as per instruction, such as playing a certain device through Amazon’s Prime service. 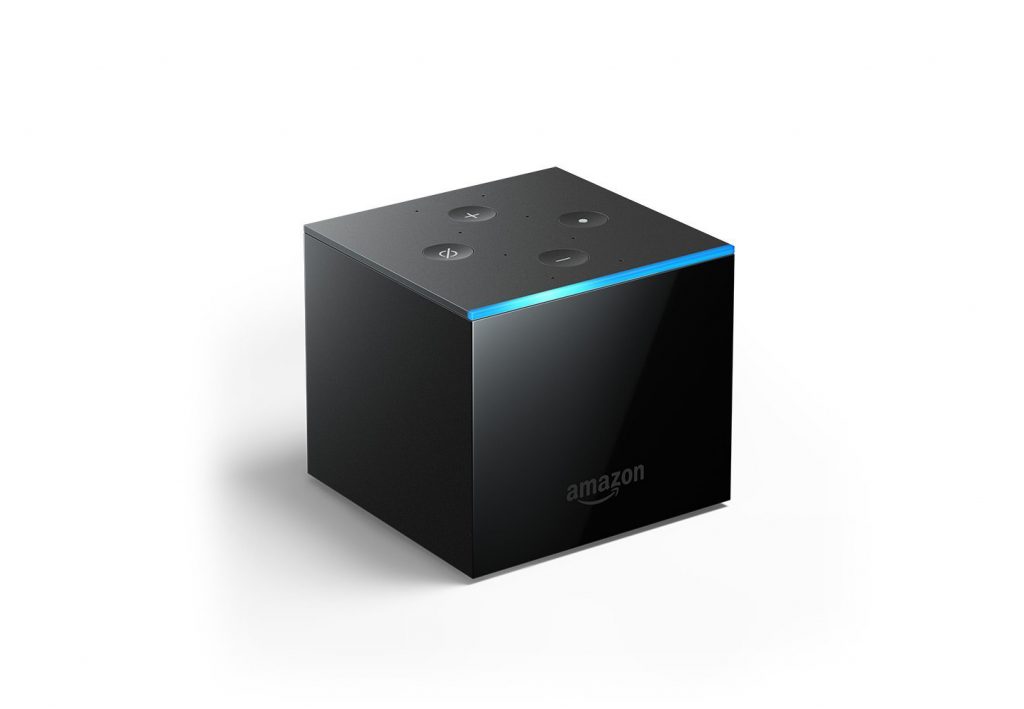 Unfortunately for Amazon, it seems that the adoption of Alexa has been relatively slow, with only a handful of companies such as Dish and Tivo supporting the voice assistant. Erring on the side of caution, Amazon has opted for IR blasters on each side of the Cube, allowing the device to communicate with and control all devices within its range. Those outside of its range can be solved through an additional IR extender, sold separately.

On the audio/visual sides of things, the Fire TV Cube is 4K HDR compatible, provided the correct cable is used, with support for HDR10 and Dolby Atmos sound. Unfortunately, Dolby Vision playback is missing, making the feature exclusive to Amazon’s competitor with the Apple TV 4K.

Upon release, the device is only available in the United States, retailing for $119.99. Early adopters that pre-order the device today will be able to get their hands on the Fire TV Cube for $89.99, but the offer is soon to expire.

KitGuru Says: I can’t hide my interest in the Fire TV Cube, but I can state that Amazon’s ecosystem has always seemed a little pushy with its own storefront with previous devices. While that’s unlikely to change, hopefully there will be a little less bias in the new hybrid hub.

Previous Hitman 2 announced and coming in November this year
Next Computex 2018: Leo and Briony talk best new products, nothing from Nvidia – and plenty of RGB!