The first ever multi-country, autonomous truck platoon has successfully completed a journey across borders, down highways and roadways – all without the intervention of a single human driver. Using advanced tracking and mapping technologies, the more than dozen heavy goods vehicles from various manufacturers, were able to link up and complete the journey without incident.

Travelling from as far and as wide as southern Germany and Sweden, the driverless vehicles built by a number of different firms, were able to meet up on highways and link up to create ‘platoons' of self-driving trucks on their journey to Rotterdam, Netherlands. 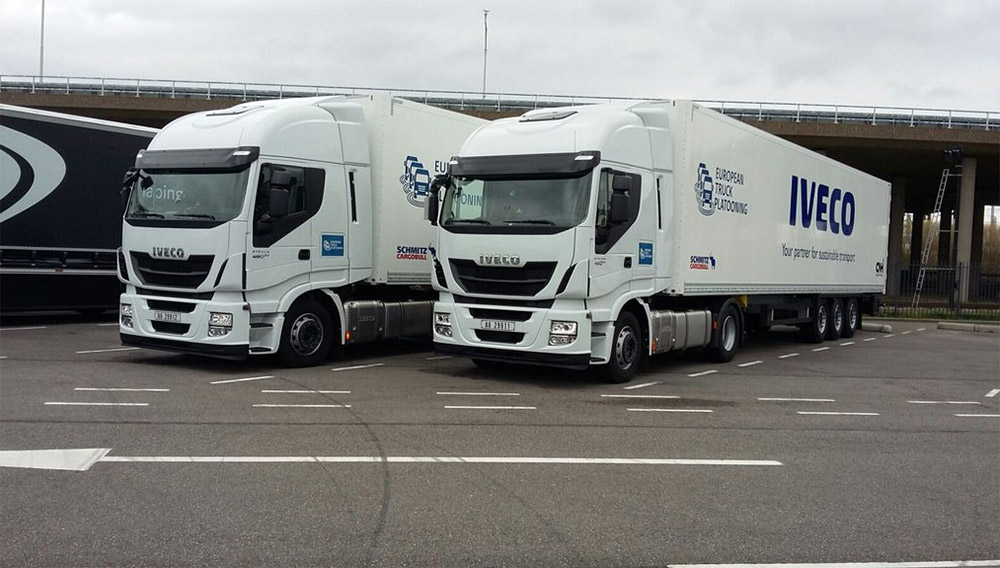 This worked  by them falling into single file with one another, using the first few trucks as leaders, while the others merely provided sensory information. The front-runners controlled the speed and direction of the convoy, improving the efficiency of the journey for all of the lorries in-line, as well as making for a steady moving part of the traffic, thereby easing the flow of vehicles on busier stretches of motorway.

Mission accomplished for our #IVECO Stralis! #TruckPlatooning has arrived in Rotterdam! pic.twitter.com/BRoefT4Tsw

As much as this was a positive test for the technology though, there are still some creases to iron out. For starters, legislation about how driverless vehicles can operate varies from country to country, so a standardising of laws would make things much easier. The trucks themselves are still not technically allowed to operate without a ‘driver' in some territories, so a back up human was required to be in these trucks at all times, even if they didn't do anything.

Technologically, communication between the different manufacturers' vehicles can still improve too. While traditionally making your products work with a rival's isn't a common practice in any technology, when it comes to self-driving vehicles, that's of paramount importance.

KitGuru Says: This is a great trial. We're really only a few years away now from self-driving vehicles becoming a common sight on the roads.