Forget passenger drones, what about a drone ambulance?

Although drones have promised lots of interesting developments in film making, surveillance and delivery, they are getting powerful enough to transport people, as we saw recently. But forget making travel easy for the rich, transporting injured people between the scene of an accident and a hospital quickly and without disturbance could be a much better use.

Enter the AirMule, a VTOL, self-piloted drone that can carry up to 500KG. Designed for when landing a helicopter is not possible, but the speedy delivery of a person to a medical facility is of paramount importance, it can travel up to 31 miles before refuelling, at speeds up to 112 miles per hour, at altitudes all the way up to 18,000 feet.

As you might expect, something that powerful, that quick and that capable is not a small quadcopter. This is a large drone that measures 6.2m long and 2.3m tall and it has a very militaristic look – mostly because its main use is expected to be a transport for wounded soldiers in battle. 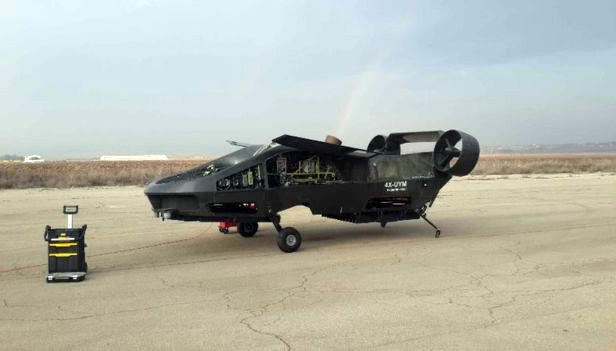 But the AirMule will need to really improve its low-flying capabilities before it's ready for the real world. While it has completed as many as 200 flight tests (as per the BBC) only a few have been untethered. Flying high is all well and good too, but its at near ground level where obstacles or projectiles may threaten it that the AirMule must prove itself.

With that in mind, the developers at Urban Aeronautics will first demonstrate the AirMule's ability to deliver a parcel from one destination to another. When that is achieved, it can start thinking about transporting people, potentially injured ones in battle, in crisis zones or in hard to reach places where a helicopter would not be feasable.

KitGuru Says: How awesome is the future going to look? When a disaster happens, fleets of these can take off, land and quickly shuttle people away from danger.