Tesla Autopilot gets its first speed warning from police

When Elon Musk said that the Autopilot feature that was rolled out to all Model S and Model X owners was probably safe for people, he was mainly thinking about pedestrians that may make the inadvisable move to step out in front of them. He didn’t mention anything about the Autopilot leading to a speeding ticket for the person sat behind the wheel, as that’s just what’s happened to one Model S owner when he was caught speeding down a Florida highway with his hands no where near the wheel.

Tesla’s new Autopilot feature improved the automated functions of the Model S and X, making it so that the car can automatically adjust its speed, make minor adjustments to keep the car in-lane,  and even change lane if it needs to. This, theoretically should make it so that the cars can operate in motorway conditions without much input from the driver. 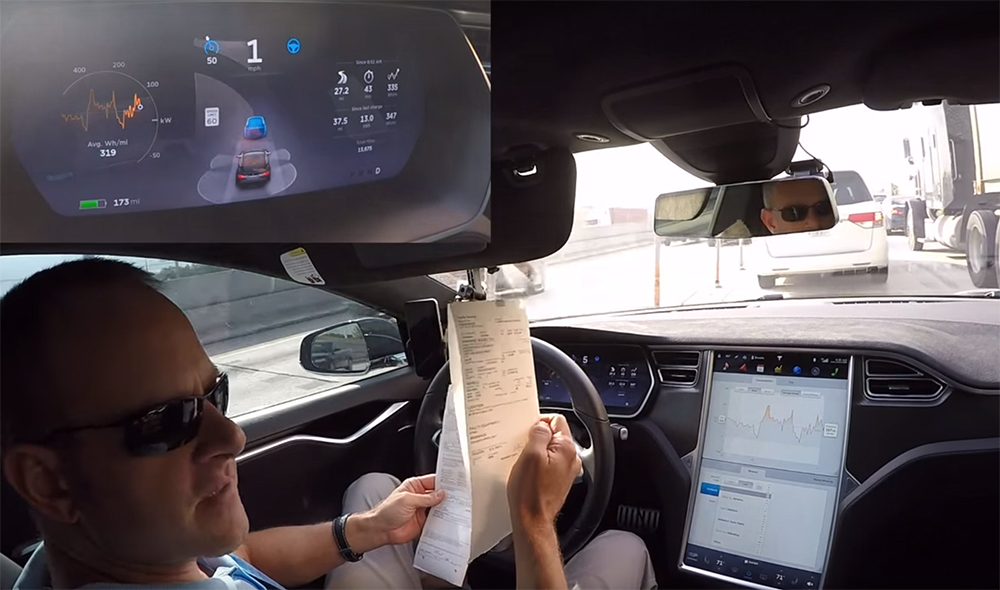 Having the car handle traffic jams seems like the biggest blessing

Of course because of the state of roadway legislation, there is no provision for people to remove their hands from the wheel on public roads, so any problems caused by the vehicle is the responsibility of the driver. As the guy behind the video below discovered, when he was pulled over for doing 75 miles per hour in a 60 zone.

[yframe url=’http://www.youtube.com/watch?v=4CZe5DXeYzw’] Although there is no video of the interaction with police, skip to 12:45 to see the driver discuss it

Despite this hiccup for the driver and the Autopilot feature, data is constantly being sent to Tesla when it’s engaged, so the electronic car maker may take information from this incident to better improve its automated features. It may well be that it corrects the speed limit in the particular area that this driver was busted, though having it read signs and do more automated speed-limit checking might be more efficient.

As it stands, the Autopilot feature is restricted to the United Sates. Tesla has said that the automation will reach other Tesla owners overseas this week.

KitGuru Says: There are going to be problems with this sort of technology. There will likely also be a few deaths when some automated tech hits a person and we’re going to have to figure out how to deal with that in the march to an automated future. It’s going to be weird and will require some head-scratching but as more of our society relies on robotics and AI for certain functions, there will be some hiccups.