5Gbps broadband is landing in the UK- for a price

The UK isn't exactly known for its blazing fast internet speeds, with average household broadband speeds sitting at 10.7Mbps. However, one company is planning on blowing the UK away with its own 5Gbps broadband service, though it will cost you quite a bit to get it.

Right now, the 5Gbps internet service from Gigaclear is going to have a trial phase in Oxfordshire, before branching out to any other areas. These speeds are achieved by running Fibre to the Premises (FTTP). 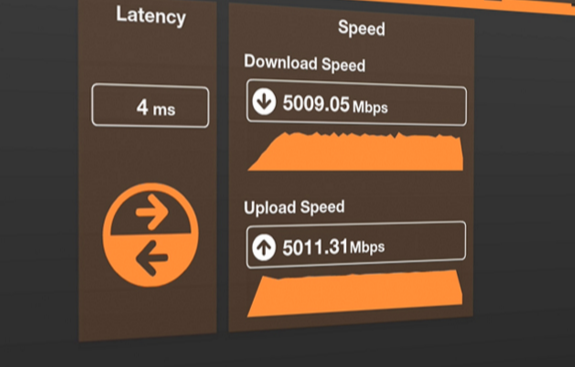 You probably haven't heard of Gigaclear before this, the company has only been around since 2010 and only operates in a handful of counties across Britain. Only around 10,000 homes in total have access to Gigaclear's services.

This 5Gbps is going to be well out of reach for most people though, with it costing £399 per month- well above the broadband speeds we are used to seeing from the likes of Sky, BT or Virgin Media. That price raises further for businesses, which will need to shell out £1500 per month for those insane speeds.

Gigaclear's 5Gbps internet trial service will be available to customers within range from early 2016 onwards. You can check if you can get Gigaclear in your area over on its website.

KitGuru Says: We haven't seen much of a push for higher broadband speeds, Sky for instance only recently began offering Fibre at all. So it is nice to see a company stepping up like this and showing other broadband providers up in terms of speed, even if the prices don't really match up.