Google is set to launch 180 satellites that will provide worldwide Internet access from space. The new venture is already costing the company $1 billion but there is room for expansion in the future. The satellites will orbit at a much lower altitude compared to others and weigh less than 250 pounds each.

Google has been experimenting with Satellites for some time now and has been luring employees in from other companies to get its space bound project off the ground. According to The Wall Street Journal, the project is being run by Greg Wyler, who previously founded satellite startup, O3b Networks. O3b had been experimenting with 1500lb satellites but sources close to Google claim that its version will weigh just 250lb. 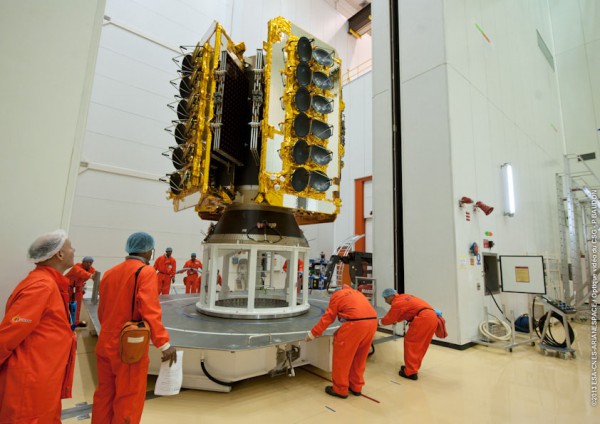 The project could end up costing over $3 billion as Google tweaks the satellites and launches new ones in an effort to give the Internet to unconnected parts of the world. This isn't the first time Google has tried to supply Internet from the skies, previously it has experimented with air balloons that hovered over poor countries. Facebook is also experimenting by developing Internet carrying drones.

A Google spokesperson explained why the company was doing this: “Internet connectivity significantly improves people's lives. Yet two thirds of the world have no access at all.” However, Google's billion dollar investment does have its financial incentives. Two thirds of the world is left without Internet access but if Google can supply it to them, then it will be in a good position to sell its products to those countries.

KitGuru Says: Satellite based Internet is already a thing so Google's project will work but a lot of people in poorer countries might not have the means to access the Internet even if it was available. What do you guys think? Will Internet access do a lot to help developing and third world countries?

Previous 700 recovered E.T. games are going to be sold
Next Oculus is helping Samsung make a VR headset for phones