It looks like Netflix has had its release plans disrupted a bit as hackers have managed to obtain episodes from the new season of Orange is the new Black ahead of its scheduled release date. At first, the person behind this demanded ransom money but after Netflix refused to pay up, the first ten episodes of the season were released on torrent sites.

The new season of Orange is the New Black wasn’t due to release until the 9th of June. The hacker, who goes by the name ‘TheDarkOverlord’ on Twitter, started by releasing the first episode of the season but then went on to pack episodes 2-10 in a second torrent. 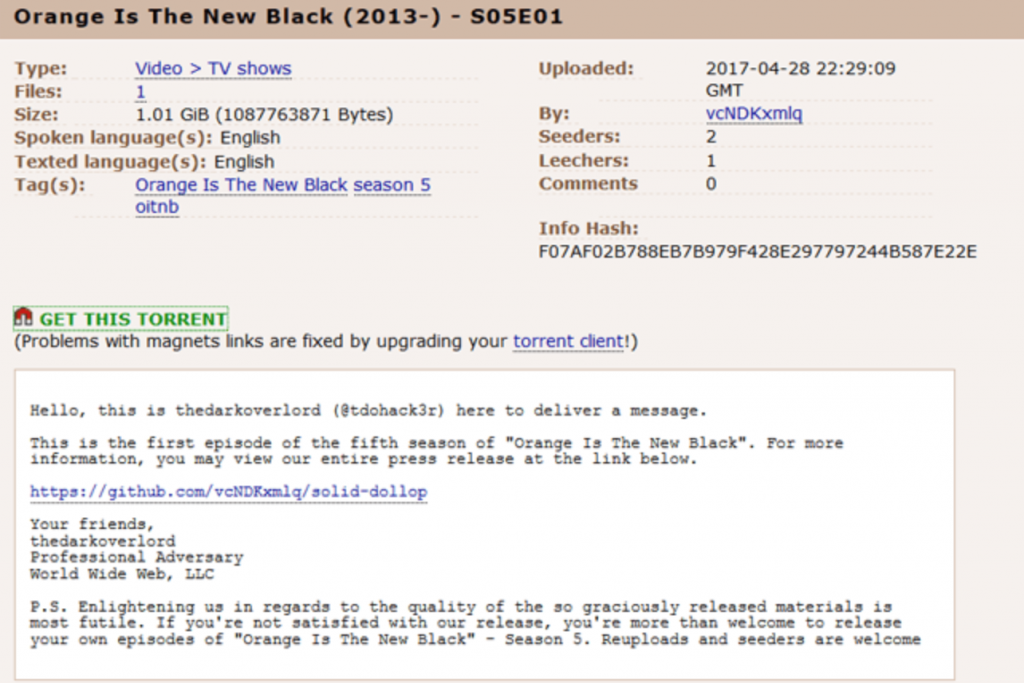 Aside from Netflix, the person behind the Twitter account also messaged ABC, FOX and other networks, claiming to have more content to leak out early unless ransoms are paid. According to a report on TorrentFreak, the initial breach affected Larson Studios, an audio production company working on a bunch of TV shows set to release this year.

Netflix has released a statement saying that it is aware of the situation and is working with law enforcement.

KitGuru Says: In situations like this, I always feel bad for the team involved in the production. Still, audio work on the released episodes may not have been entirely finished given how early these episodes were released.