LG to show off its thin, rollable OLED panel at CES

Back in 2014, there was quite a bit of talk surrounding flexible displays, in fact at the time LG had announced that it had created an 18-inch OLED panel that could roll up like a newspaper. Now, this technology is ready to be shown off to the public as LG will be bringing its rollable OLED panel along to the Consumer Electronics Show (CES) this week.

Back at the time of the announcement, LG said that its flexible OLED screen featured a 1200×810 resolution but it also hinted at making much larger 60-inch rollable displays. We don't know yet if that has changed, or if LG has managed to achieve larger, higher resolution rollable displays but it will be interesting to see nonetheless. 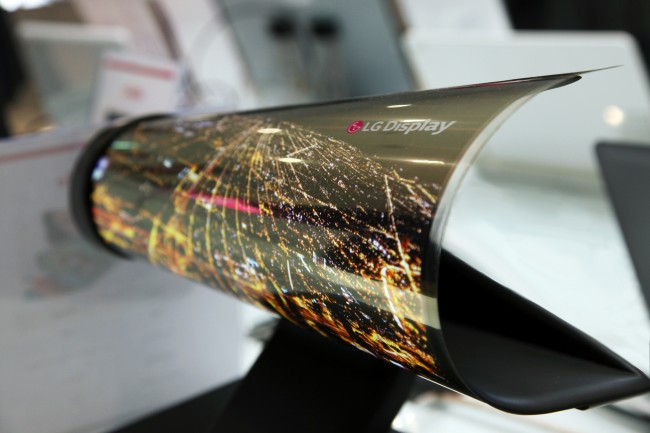 While we do have curved screens today in plenty of sizes for TVs, monitors and smartphones, screens as flexible as this could make for some very interesting device concepts and take the next step to futuristic looking displays.

Aside from that, LG will be showing off plenty more at CES, including a 98-inch 8K TV, a slew of new UHD TVs and more smart home devices.

KitGuru Says: CES kicks off this week so we can expect plenty of interesting announcements and concept ideas like this one. What do you guys think of LG's flexible display?