Microsoft is giving up on Groove Music, transfers users to Spotify

Over the last couple of years, several new players have entered the music streaming service arena, each one trying to take on Spotify. While Apple Music and Tidal are still trucking along, Microsoft has decided to throw in the towel, as the company has announced that Groove Music will close down later this year. Users of Microsoft’s service won’t be left out in the cold though, as you will be able to move saved songs, playlists and albums from Groove to Spotify.

Later this year, Microsoft will close down its Groove Music Pass and the company will stop selling music via the Windows Store. These changes will go into effect from the 31st of December, in the meantime, Microsoft will be sending its users over to Spotify, promising a seamless transition. 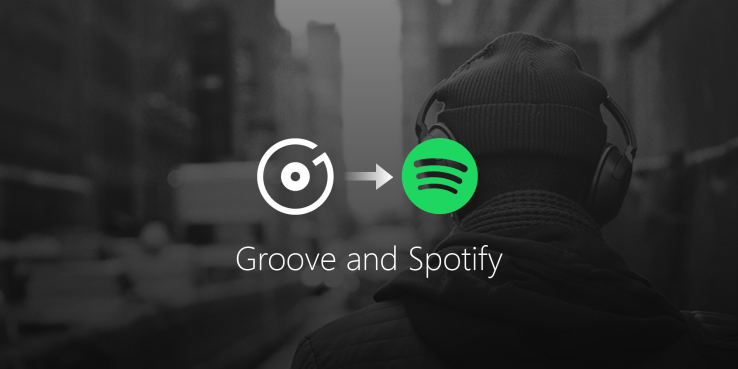 Windows Insiders will get to test the Groove to Spotify transfer tool first. The feature should then roll out to regular Windows 10 users shortly after. The tool will move your playlists, songs and albums over to Spotify automatically, but you will only have until the 31st of January 2018 to make the switch.

Spotify’s library is huge, so the chances of you not being able to find a song you had on Groove are slim. This move all follows on from Spotify’s debut on the Xbox One, the app is also available on Windows Phone, so it slots right in to Microsoft’s Windows ecosystem.

KitGuru Says: Groove Music didn’t seem particularly popular, so I’m not too surprised to see Microsoft shut it down. Offering an automatic transfer to Spotify is a nice surprise though, at least those who did invest in Groove Music won’t lose their entire collection this way.