Last month, we caught wind of an upcoming Dell XPS 12 hybrid-tablet, much like Microsoft’s Surface offerings. While we had a look at some details at the time, more specifications have made their way online, ahead of the official unveiling coming up this month.

We already know that the XPS 12 will feature a 4K display, cramming the massive resolution in to a 12.5 inch form factor. However, now we also know that it will be sporting some serious hardware under the hood as well. 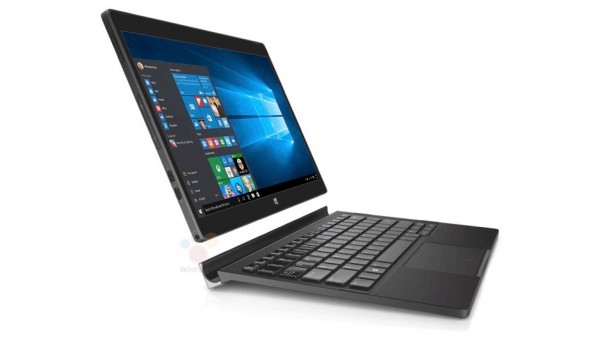 The XPS 12 will have an Intel Skylake CPU inside, 8GB of RAM and it will come in several SSD sizes. For I/O there will be two USB Type-C ports, an HDMI port and an SD card reader. These specs come from a report on WinFuture, though we have seen leaked internal documents in the past.

The tablet itself will slot in to a solid keyboard, unlike the Surface, which uses a soft keyboard/smart cover hybrid. Dell is apparently going to reveal the XPS 12 at an event on the 21st of October, so things will be more official then.

KitGuru Says: It looks like the Microsoft Surface is going to have a pretty big competitor soon, though Microsoft likely has a new version of its tablet up its sleeve for launch this year.

Previous Get ready, copyright letter senders are coming to the UK
Next Here is how you can get started on Star Wars: Knights of the Fallen Empire