New rumors are suggesting that Motorola’s upcoming smartwatch, the Moto 360, could launch with the company’s “Moto Maker” customization options. Moto Maker was launched last year alongside the Moto X smartphone, the ability to choose your own colors and build materials was arguably the biggest selling point for the device and could continue to push Motorola’s other devices.

Speaking to Phone Arena, a source close to Motorola said that Motorola wants to release its smartwatch alongside this year’s Moto X and make both devices available through the Moto Maker service. However, right now it’s unclear which customization options will be available at launch for both devices. 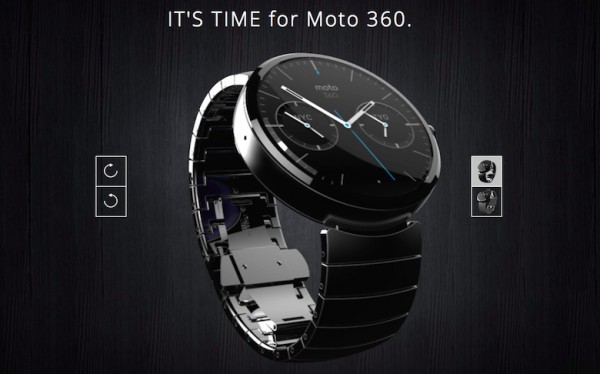 However, we have seen images of the Moto 360 with both a steel link strap and a leather strap before so those are likely to be Moto Maker options. However, Phone Arena’s source said that the metal straps might not make it in time for launch.

Google I/O attendees have also noted that the screen on the Moto 360 appears to be very close to the surface of the watch and is much clearer than the Gorilla Glass we are used to seeing on smartphones. This suggests that the Moto 360 could possibly use Sapphire instead, as it is thinner and stronger, although this has yet to be confirmed.

KitGuru Says: At this point, the Moto 360 is the only wearable I’m interested in. However, I recently switched to iOS so its unlikely that I’ll be able to use it as a phone companion. What do you guys think of the Moto 360 so far? Would you want to customize something that already looks so good?