Nintendo hasn't been the most YouTuber friendly publisher out there but after quite a bit of backlash and reflection, the company is finally coming around to the idea that Let's Players should be able to make money off of Nintendo game footage- just as long as the publisher gets a cut.

Nintendo's new sharing plan for YouTube revenue works in such a way that those looking to use the company's game footage need to sign up, then Nintendo will take all of the ad revenue from the videos and send a portion of it back to the content creators. 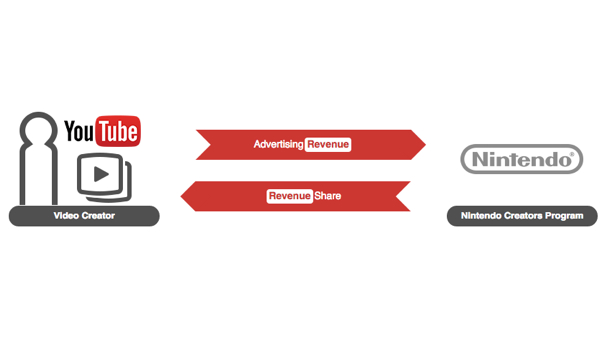 To be fair, YouTubers still come out with the lion share of the ad revenue but given that game play commentary largely falls under fair use law, the whole thing still seems a bit backwards.

YouTubers will earn 70 per cent of ad revenue for registered channels and 60 per cent for individual videos. Payouts will be made by PayPal and can take up to two months to go through. Even with these restrictions, there are limitations on what games you can use to earn money.

Major titles like Super Smash Bros and Bayonetta 2 won't be eligible for revenue earnings, which significantly diminishes earning potential, since those are two extremely relevant titles, which will likely receive a lot of views.

You can read more on Nintendo's content creator program, HERE.

KitGuru Says: While Nintendo's new approach to YouTube is better, it isn't ideal and will still end up scaring some away from producing Nintendo content.