Last week, a couple of retail outlets in the US broke the street date for sales of two new NVIDIA Shield TV devices, neither of which had been officially announced yet. Now, the new streaming boxes are being formally revealed, with Nvidia announcing the new Shield TV and Shield TV Pro.

The two new Shield models get an upgrade to the new Tegra X1+ processor, which offers up to 25 percent more performance compared to the original Tegra X1. This extra performance paves the way for Dolby Vision HDR and Dolby Atmos audio compatibility, putting the Shield TV in position to be the ultimate media player. Nvidia has also implemented ‘AI Upscaling', which aims to dramatically improve the picture quality of HD streams on a 4K TV. 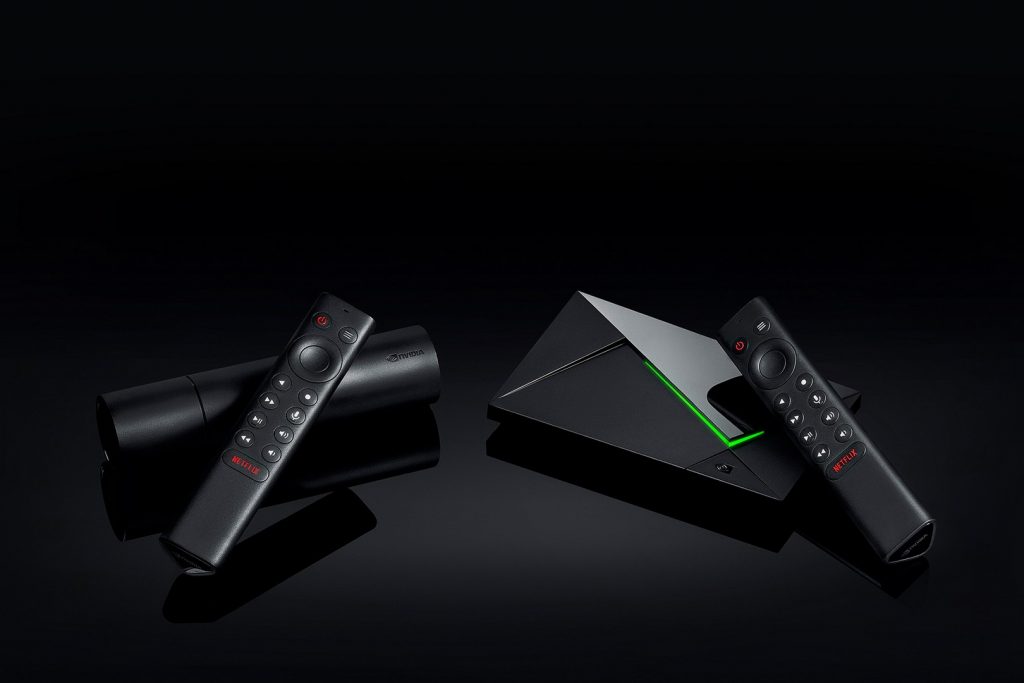 The standard Shield TV model comes in a new cylindrical design intended to blend in with or disappear behind entertainment centres. It comes with a HDMI connection, Gigabit Ethernet and dual-band WiFi. The Shield TV Pro uses the same design as the previous generation boxes but with additional memory, storage and two USB ports for connecting additional devices, like a dedicated HDD for a Plex Media Server.

Both versions come bundled with the newly designed remote, which is powered by two AAA batteries and comes with motion-activated backlit buttons, a built-in lost remote locator and a microphone for voice commands via Google Assistant. The new remote also comes with dedicated buttons for play/pause, rewind/fast forward, volume up/down, voice commands and a dedicated Netflix button.

As you would expect, both Shield TV devices are compatible with GeForce NOW, Nvidia's cloud game streaming service. In-home streaming should also work between the Shield TV and an Nvidia GeForce powered gaming PC on the same network.

KitGuru Says: The Nvidia Shield TV has always been a solid device for media streaming. Dolby Vision and Dolby Atmos support are both pretty significant upgrades to boot. Are any of you tempted by the new Shield TV? Would you get the standard version or the Pro?