The Nvidia Shield TV is due a good refresh at this stage and it looks like we'll be getting one very soon. While Nvidia has yet to announce the new Shield TV Pro, at least one retailer in the US has begun putting it on shop shelves, confirming a few key details, including an upgraded Tegra X1+ processor.

The Nvidia Shield TV Pro will essentially look the same as the previous version, with most changes coming under the hood and through upgraded features. As shown in images of the box, the Shield TV Pro will use the Tegra X1+ processor with a 256-core Nvidia GPU, 3GB of RAM and 16GB of storage. The system still runs Android TV, but you now get upgraded HDR support, with access to Dolby Vision, Dolby Atmos and Dolby Digital Plus surround sound. There is also something called ‘AI Upscaling', which Nvidia will hopefully explain in a bit more detail when the official reveal occurs. 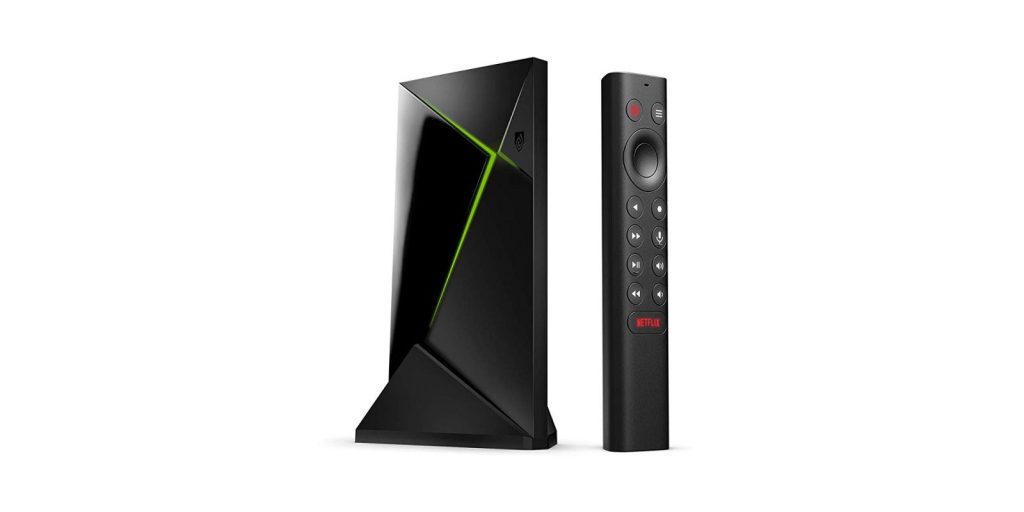 The remote has been upgraded too, giving users much more control. While the old remote included home, back, select, voice command and directional buttons, it didn't have the additional TV functions you would normally expect. The new remote adds power, menu, fast forward/rewind, volume and play/pause buttons. It also has a dedicated button to launch Netflix.

There will also be an updated SKU of the standard Shield TV at a cheaper price point. Currently, both new Shield TVs are expected to launch early next week, with US pricing at $199 for the Pro and $149 for the standard box.

KitGuru Says: The Shield TV Pro is on the way. Do many of you currently own a Shield TV at all? Would you like to upgrade, or are you happy with the current version?