Popcorn Time, the ‘Netflix for pirates’ has had one of its most used domains, time4popcorn.eu, suspended and as a result, the application has stopped working for many users. According to an email sent by EURid, the registry explained that the domain was pulled due to being registered with inaccurate contact details.

“Upon verification of the contact data for your .eu domain name, we have reason to believe that your contact data is inaccurate”, the email then goes on to ask the Popcorn Time team to show proof of identity. As a result of this, Popcorn Time’s website is no longer loading, the same goes for the desktop and iPhone applications. 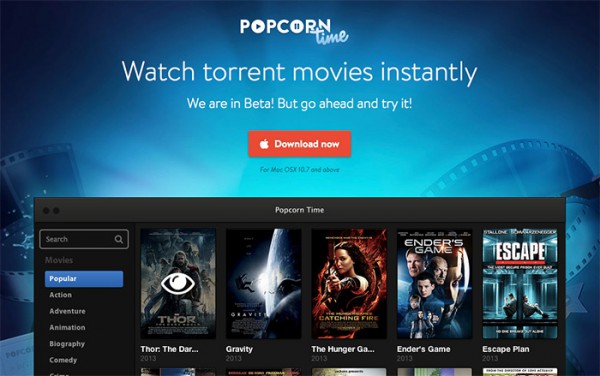 The developers have quickly switched the site over to a new operating site but it will take a while to update the application:

“At the moment the desktop and iPhone versions aren’t working but in a few hours we’ll update the desktop version to the new domain and it should update automatically for most and will work. If for some reason some users didn’t get the automatic update, they’ll be able to re-download the app”.

The team behind Popcorn Time have claimed that the service will “never be taken down” and have said that the next update, beta 5.0, will make “this kind of scenario nearly impossible.”

It is currently not known why EURid believes that the contact information given for the domain was inaccurate but its likely that this was the result of a routine check. Further discussion can be found here http://www.top10domain.net/domain-register-top-registrar.

KitGuru Says: Popcorn Time is an interesting idea and has managed to gain a lot of popularity since going live. As you can imagine, media companies are likely scrambling to stop the service. What do you guys think of Popcorn Time? If media companies released their own similar service, would you support it?