It looks like we may not need to worry about exploding lithium-ion batteries in the future as a group of researchers have developed a new battery with a built-in fire extinguisher, cutting off the possibilities of fires right at the source. Exploding batteries have been a bit of a hot button topic recently, following Samsung’s recall of the Galaxy Note 7 but this prototype is designed to stop melt-downs before they cause serious damage.

Researchers at Stanford University have developed a lithium-ion battery within a shell made of triphenyl phosphate, which is a flame-retardant chemical. By using this, if a battery reaches a temperature of 150 degrees Celsius, the plastic will melt and the chemical will be released to ensure no fire spreads. 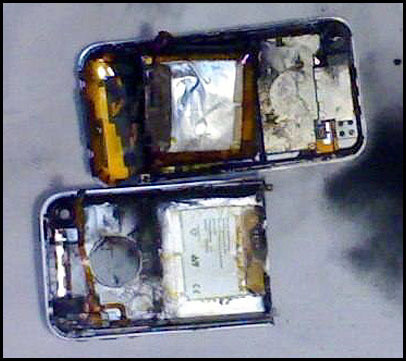 The research was published in Science Mag, pointing out that while energy densities of batteries continue to increase “safety problems remain a big issue, significantly hindering their further practical applications”. It goes on to outline exactly how the mechanism works:

“During thermal runaway of the lithium-ion battery, the protective polymer shell would melt, triggered by the increased temperature, and the flame retardant would be released, thus effectively suppressing the combustion of the highly flammable electrolytes.”

Obviously, this doesn’t mean your smartphone won’t break if it is fitted with a dodgy battery, or if the battery overheats due to a poor cable or power source. However, this prototype could stop potential battery problems from causing serious damage to people or property. It is important to note that this doesn’t just apply to smartphones either, while the Galaxy Note 7 is the most recent example of batteries going wrong, other products in the past have also been considered as dangerous, including EE’s power bars from a couple of years back.

KitGuru Says: This is all prototype technology right now, so it isn’t something that will necessarily be put into use by companies soon. However, it seems like a smart safety precaution for battery makers to consider.